Home » Agenda » Activity » A Tour through the Rijksmuseum in Amsterdam

A Tour through the Rijksmuseum in Amsterdam 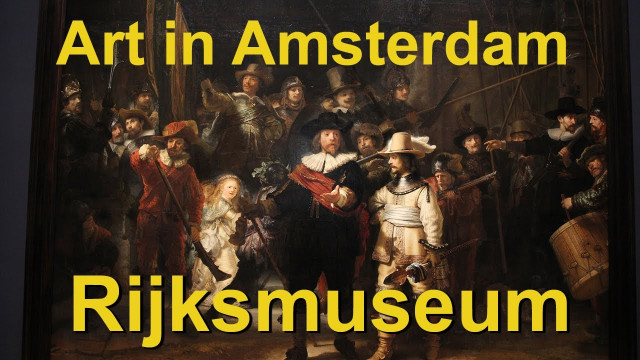 The Rijksmuseum in Amsterdam, the Netherlands is a huge world-famous collection presented in 80 galleries, exhibiting 8,000 objects that tell the story of 800 years of Dutch art and history.

This collection focuses primarily on Dutch paintings of the 16th and 17th centuries, rather than trying to present a complete sample of the entire world of art.

The museum has a lot to show, thanks especially to the extreme genius of great native painters, Frans Hals, Vermeer, van Ruisdael, Jan Steen, and most-famously, Rembrandt. Don’t miss out on the absolute highlights, like Vermeer’s Milkmaid, Van Gogh’s Self-portrait and a gorgeous collection of Delft Blue pottery ranging from tea sets to vases,

The glory of the Golden Age

The total archive includes 1 million objects from the years 1200–2000, with more than 2,000 paintings from the Dutch Golden Age. Some 30 galleries are dedicated to the glory of the Golden Age, when the young mercantile republic led the world in trade, science, shipping and the arts. Many objects from Dutch history tell the story with paintings, prints, drawings, photographs, silver, porcelain, delftware, furniture, jewelry, costumes and more.

There are also dozens of rooms with medieval arts and later decorative pieces of the 19th century, 17th century miniature house models, along with a sampling of minor Italian Renaissance paintings.

The building itself is a major work of art, designed in neo-Gothic and Reneissance styles by Pierre Cuypers, who also designed the similar-looking Central Train Station, both completed in the 1880s. The red terra-cotta façade is adorned with many statues, decorative stripes, reliefs and ceramic plaques, using a mix of medieval and 19th century styles.