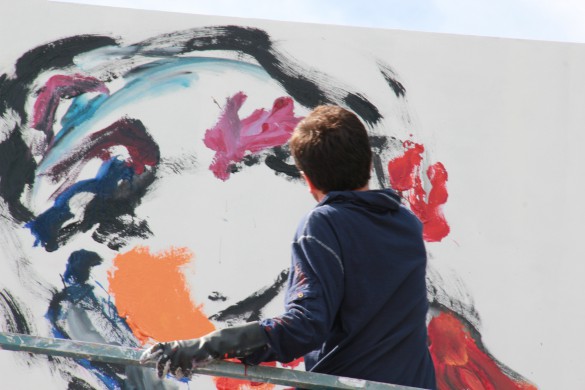 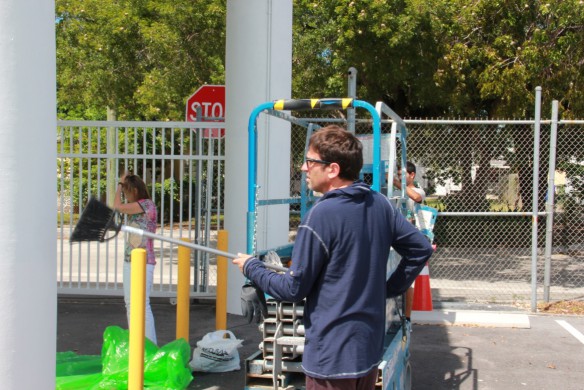 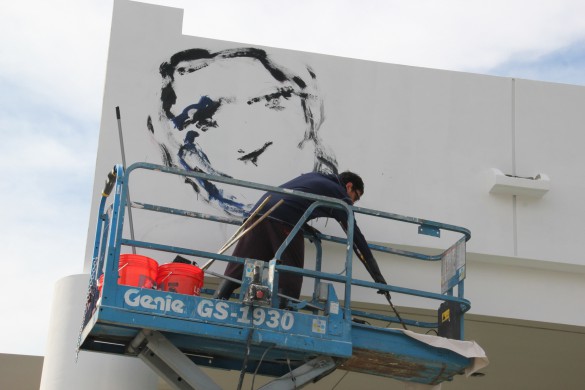 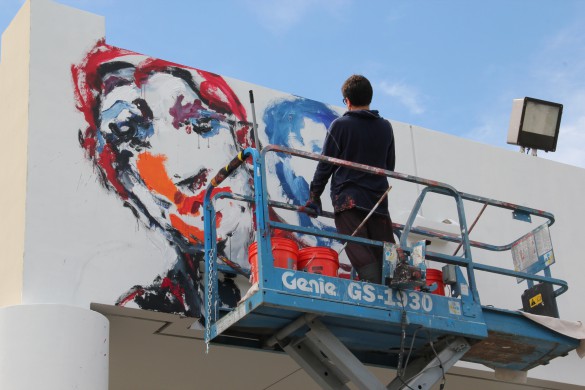 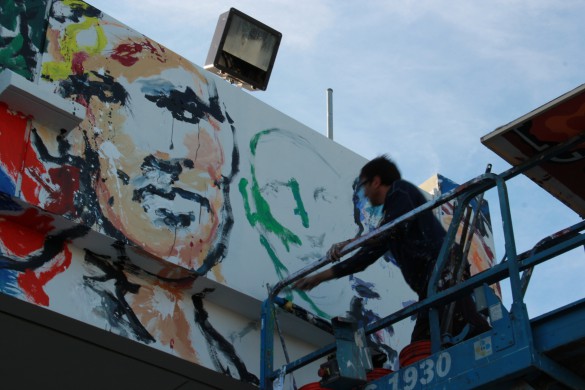 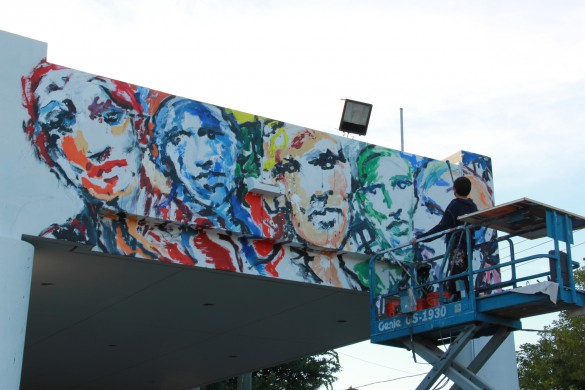 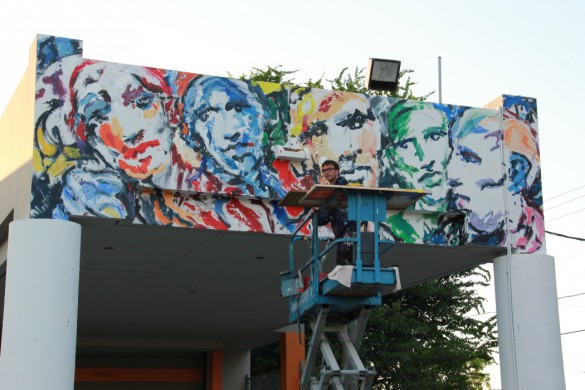 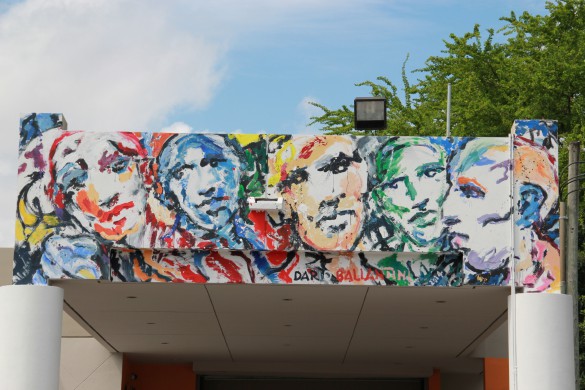 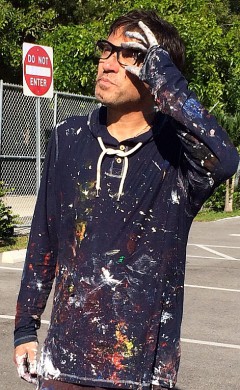 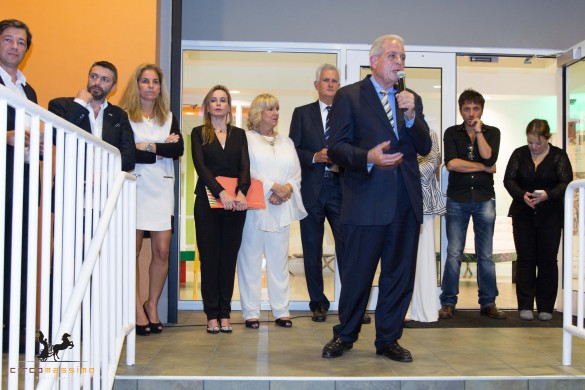 Not so long ago we had an article about Dario Ballantini. He is a well known person in Italy. Here he is known above all as a comedian and film actor. He plays the role of well known personalities in the sphere of politics and popular entertainment like Nanni Moretti, Giorgio Napolitano and Dario Fo. He even plays Pope Francis. But, next to that, he is a painter.

Next to that, he made  a live performance at Wynwood Walls, which is becoming unique in the world thanks to artistic contributions of graffiti artists and muralists from every continent. Ballantini painted a 19 meters wall, part of the headquarters of the Real estate Group in Wynwood, Miami.

These are the largest paintings that he’s ever made in 30 years of activity. It took two long days of creative immersion that ended with a thanks ceremony hosted by Miami Major Tomas Regalado, Italian Consul General Adolfo Barattolo and MET School Principal Maria Padovan.

Dario Ballantini: ‘With school painting I think I have shown the importance of the comparison between men that blend together with their different colors. In the Wynwood mural, I imagined a “gentle giant” that comes out of the perimeter’s building with the force of the artists who are resurrecting a slum.

Curator Massimo Licinio: ‘My enthusiasm, my belief in Dario as an artist and friend took me up to here. With a spasmodic and unreal use of colors, he gives birth to a new World inside himself, “Ballantini’s World”.

Ilaria Niccolini, Producer: ‘With Dario Ballantini there is everything that makes a person special. First inside, then on the outside. With all the classifications that society prefers to ‘use’. We are here in the rain, or sun, with a bit of performance anxiety (that never fails), but there’s a “spirit” that guides us and keeps us in a special camaraderie, made of that “cultural brotherhood” that I missed to savour in a long time.