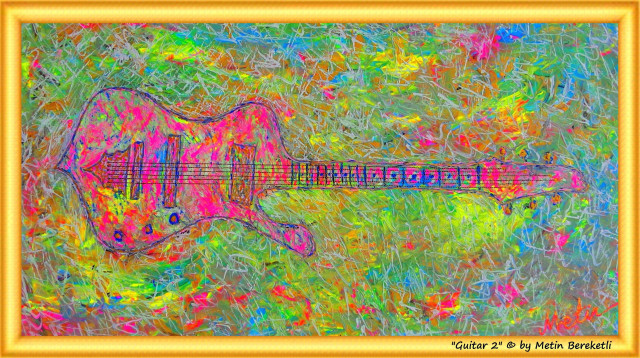 Guitarist Eddie Van Halen and co-founder of the hard rock band Van Halen has died at the age of 65 in a hospital in Santa Monica, California. Metin Bereketli commemorates him with a painting and a memory.

He was a genuinely beautiful soul and definitely one of the "Guitar Gods" he will definitely and sadly be missed by millions of his fans.

My sincerest condolences to his family. Rest In Peace...