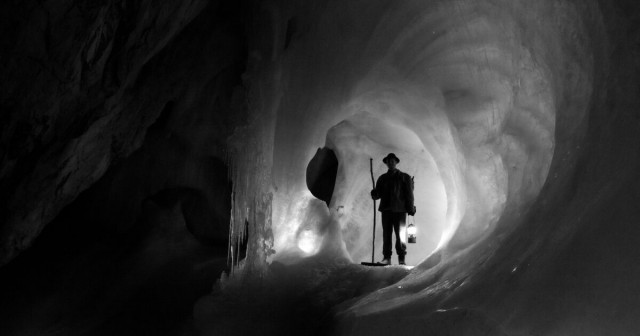 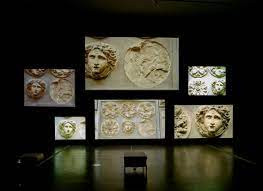 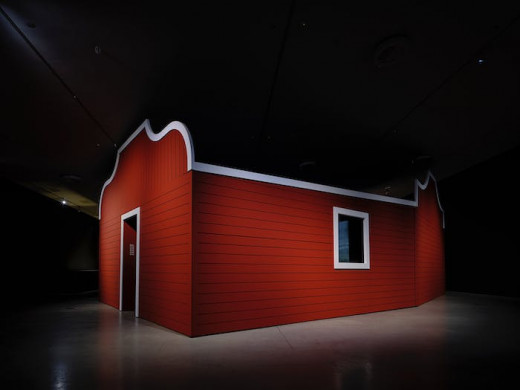 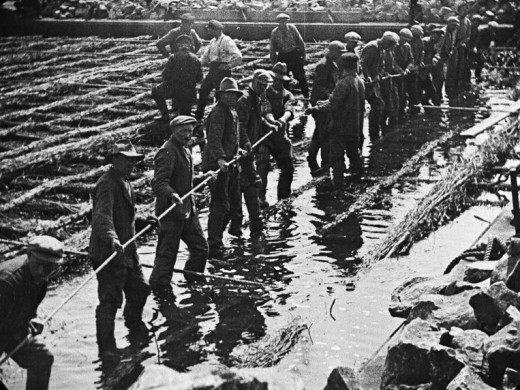 Fiona Tan is known for her video and film installations in which she explores memory, history, globalisation and the role of images.

This exhibition is a journey through a selection of works from her oeuvre, in which the passing of time and the role of the landscape as a mental space are recurring themes.

The exhibition focuses on Gray Glass (2020) and Inventory (2012), and the new work Footsteps (2022), which Fiona Tan made at the invitation of Eye. These video installations explore the connections between landscape, environment and humankind, and also the relationships between image, maker and viewer.

For Tan, time is both a medium and a vehicle. It is a material that she studies, shapes and processes into artworks – often in combination with still and moving images. The artist observes a critical yet poetic gaze at forms of perception and representation. How do you make a true or honest portrait of an individual, a community, a place or a time?

In Footsteps, her latest work, Fiona Tan creates connections between personal stories and the world around us. She makes use of material found in the Eye collection – forgotten documentary footage from the early days of silent film revealing scenes of the Netherlands as it was more than a century ago.

The footage shows children at play and Dutch windmills, but above all people engaged in heavy physical labour in the countryside and in factories. In a fascinating juxtaposition she combines these images with excerpts from letters she received from her father just after she moved to the Netherlands in the late 1980s. Through his education in Indonesia, Tan’s father knew a lot about the Netherlands without ever having visited the country. In the letters, he meanders seamlessly between personal news and world events, such as the fall of the Berlin Wall and the Tiananmen Square protests in Beijing.

Tan’s work reveals a fascination with archives, museums, with their collections, depots and architecture. Where does the urge to collect and preserve things come from? How is information classified, organized and stored – both physically and mentally? Who controls these processes? And what power structures do they produce? These questions relate to the decolonization of archives, an issue also of concern to Eye.

In the installation Inventory (2012), Tan turns her cameras on the eccentric museum house of the eighteenth-century architect and collector Sir John Soane. The title of Gray Glass (2020) refers to an optical instrument, popular among eighteenth-century painters, which can reduce a landscape to an image. In the same period, large mirrors – too expensive and fragile to be transported by donkeys – crossed the Alps on the backs of hikers. Tan exposes a new archaeology of moving images in this three-part spatial installation.

Born in 1966 in Pekan Baru, Indonesia, Fiona Tan grew up in Australia before relocating in the late 1980s to Amsterdam, where she studied at the Gerrit Rietveld Academie and the Rijksakademie van beeldende kunsten. She has previously worked with Eye on the exhibitions Expanded Cinema (2012), which included her work, and Waiting for the Time to Pass (2021). She previously incorporated material from the Eye collection in News from the Near Future (2003) and Facing Forward (1999).

In collaboration with nai010, Eye is publishing a book to accompany the exhibition. In an essay that reflects on how time and ways of looking and thinking converge in Tan’s work, Hanneke Grootenboer sets her art in a historical and philosophical context of image culture. In an interview with Dana Linssen, Tan discusses her process of making, and she shares her thoughts on exhibiting her work.

The publication also includes essays and notes by the artist herself, which offer valuable insight into her vision and way of working. The catalogue is lavishly illustrated with installation photos, film stills and photos taken behind the scenes. Also included are the complete texts of the works Brendan’s Isle (2010) and Island (2008).

AVAILABLE ONLINE OR IN THE EYE SHOP