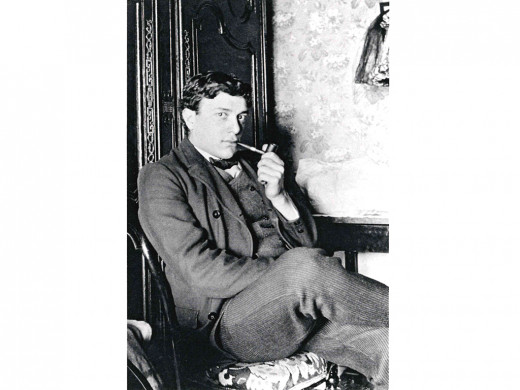 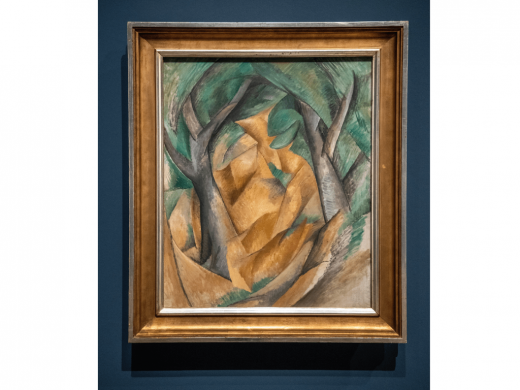 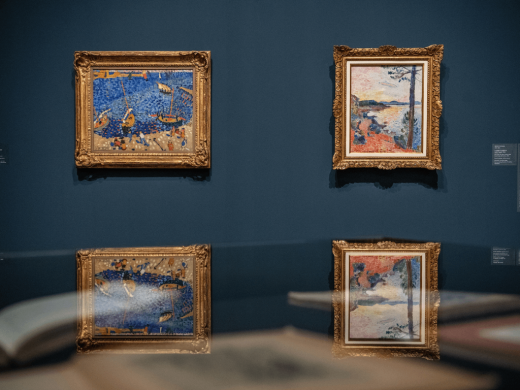 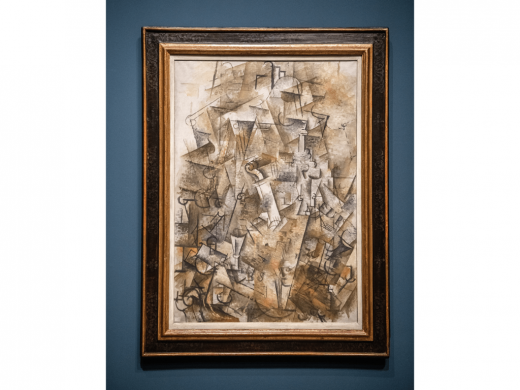 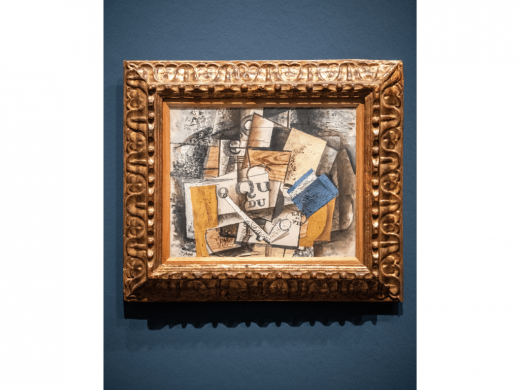 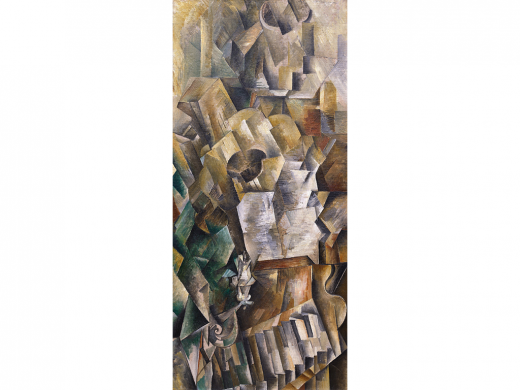 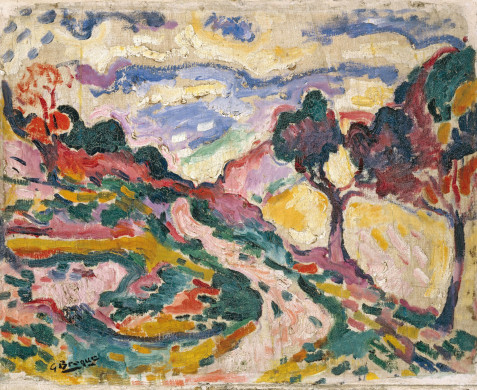 The Kunstsammlung Nordrhein-Westfalen pays tribute to Georges Braque as a pioneering artist of the French avant-garde, an artist who has hitherto received too little attention in Germany. The exhibition focuses on the most important years of his oeuvre, on his particularly fascinating and turbulent early work between 1906 and 1914.

For eight years before the First World War, the young Georges Braque (1882–1963) and his friend Pablo Picasso shaped what was perhaps the most revolutionary stage in the history of modern painting: Cubism.

Landscapes and still lifes are his favored motifs. The exhibition reveals how Braque developed or reinvented stylistic means in rapid succession and at the highest level. Fauvism, Proto-Cubism, Analytical Cubism, papier collé, and Synthetic Cubism follow one another in a unique condensation. The speed and intensity of the stylistic changes continue to amaze to this day. Our exhibition presents Braque’s work as an example of modern art’s exemplary path from a representational to an abstract reproduction of reality. Roughly sixty masterpieces from international museums, private collections, and the holdings of the Kunstsammlung Nordrhein-Westfalen shall be brought together and presented in a customized architecture at K20.

The years before the First World War produced groundbreaking inventions, new ways of thinking and philosophies, and the fascinating acceleration of everyday life in Western Europe. It is here that we find the origins of our modern, media age, with which spatial and temporal modes of perception have also completely changed. Automobiles, airplanes, and X-rays thus open up new prospects and dynamic perspectives on the world. The increasingly popular cinema with its surprising image-technical possibilities expanded the horizon of perception and became an inspiration for avant-garde painting. In the history of the oeuvre of the young Braque, who was an enthusiastic cinemagoer and was inspired by the new techniques of film, the events of the time appear as if focused through a magnifying glass.

The exhibition delves into this fascination and places Braque’s artistic phases in a historical context. Films and documentary material are included in the exhibition in order to allow visitors to experience the connection between the dynamization of everyday life and the development of aesthetic forms in the visual arts, but also to understand the discrepancy between the visual innovations of the pre-war period and the flood of media images in which we live today.

What made Braque unique?

There are no theoretical treatises by Braque, hardly any correspondence with like-minded artists. Who was Georges Braque? What made him unique within the Parisian Montmartre avant-garde? Braque was radical in pictorial expression, always at the center of events. But unlike his friend Picasso, the virtuoso, spirited, and erratic Spaniard, his contemporaries portray the young Braque as sedate, reliable, and of great intensity. The extremely innovative, but “quiet, slow-working Norman” was trusted among art and collector circles. For Guillaume Apollinaire, Braque was even the “patron” of modern art! The friend and poet assigned this by all means ambivalent role to him as early as 1912. For him, Braque was the “patron saint,” the “touchstone” of Cubism, and he was to remain so until the end of his life. Even many decades later, after Braque's death in 1963, the renowned German art historian Gottfried Sello confirmed this view: “For France, Braque is the guarantor of artistic continuity. He succeeded in convincing his nation ‘en bloc’ of modern painting.” The exhibition and catalog attempt to critically examine the list of attributions and thus come closer to the real Georges Braque.

Developed from the collection

The analysis and scholarly research of our own collection are part of our civic mission as a museum. The exhibition concept was developed from the collection of the Kunstsammlung Nordrhein-Westfalen, which boasts four outstanding works by Georges Braque.

The exhibition's architecture by Berlin-based architect Thomas Stadler is based on honeycombs. His source of inspiration was the New York Armory Show of 1913 through which European Cubist painting was first introduced to a wide American audience. You can find a representation of the architecture here.

Spectacular Paris and its beautiful buildings in 1912 in color!

Pablo Picasso: A collection of 855 works

‘Picasso & Matisse. Beauty is a line’ in Rijksmuseum Twenthe