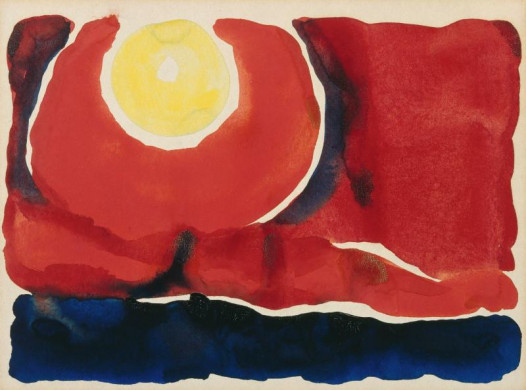 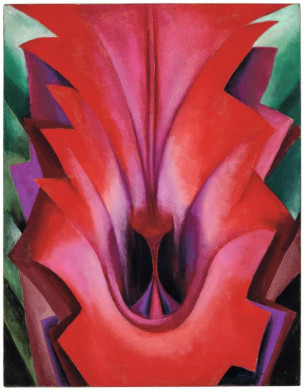 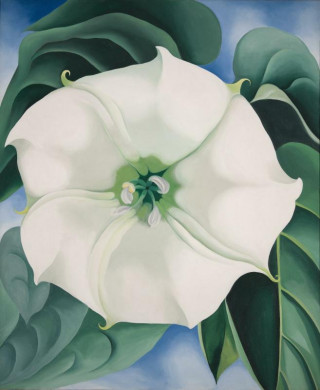 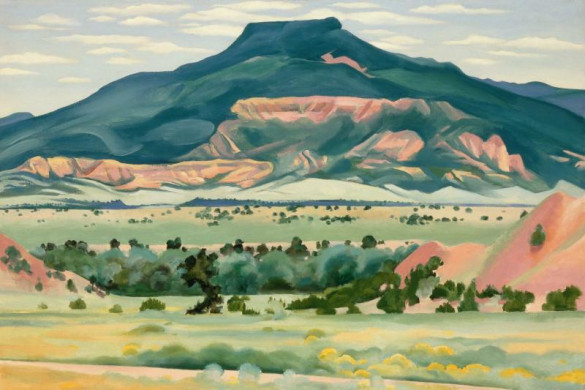 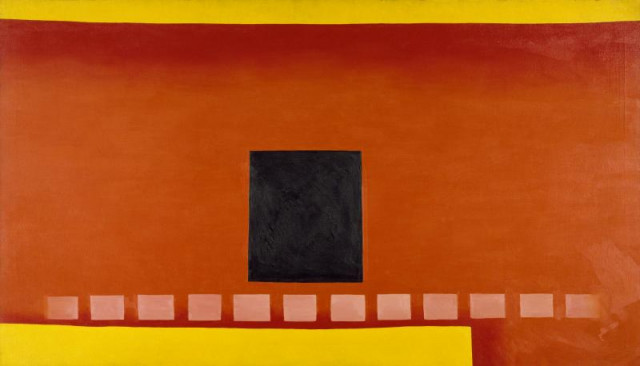 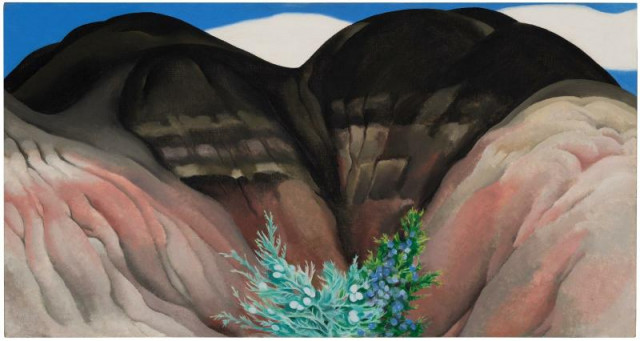 The Centre Pompidou presents the first retrospective in France of Georgia O’Keeffe (1887 – 1986), one of the greatest figures in 20th century North American art. Boasting some hundred paintings, drawings and photographs, the exhibition proposes a complete review of her artistic career.

Georgia O'Keefe died at the age of 98 and lived through the essential aesthetic adventures of the last century. In the 1920s she belonged to the limited circle of the inventors of American modernism, then participated in the 1930s in the quest for identity that marked the United States, before becoming a pioneer of "hard edge" abstract painting in the 1960s.

This exceptional collection of works was made possible with the support of leading international public and private collections, mainly North American: Georgia O'Keeffe Museum in Santa Fe, MoMA, Metropolitan Museum of New York, Whitney Museum of American Art, Art Institute of Chicago, Thyssen-Bornemisza Museum in Madrid. The deliberately fluid and open layout of the exhibition unfolds Georgia O'Keeffe's artistic trajectory chronologically, from the early "cosmic" fevers inspired by the immensity of the Texas plains in 1910, to the metropolises and rural landscapes of New York state in the 1920s-1930s, to New Mexico, where she settled for good after the Second World War.

The exhibition opens with a space devoted to the 291 gallery, a place of decisive importance in Georgia O'Keeffe's artistic career. On moving to New York in 1918, she discovered the innovative artists and movements of modern European art, which inspired her. Photographer Alfred Stieglitz, co-founder of the gallery, organised the first American exhibitions of Auguste Rodin, Henri Matisse, Francis Picabia and Paul Cézanne, among others.

The gallery published the Camera Work review, in which Georgia O'Keeffe discovered the translation of an extract from Wassily Kandinsky's Concerning the Spiritual in Art (1912). She identified with the Russian painter's aesthetic, rooted in a symbolism that reconciled a Romantic feeling for nature, and spiritualism. O'Keeffe laid claim to this affiliation, leading American historians, notably Barbara Rose and Barbara Novak, to situate her work in the wake of early American landscape painting, embodied by Thomas Cole, Albert Bierstadt and Thomas Moran, and to associate her with the "transcendentalist" teachings of philosopher Ralph Waldo Emerson and the poetry of Walt Whitman.

Alfred Stieglitz was the first to exhibit Georgia O'Keeffe's drawings in the 291 gallery (Special No. 15, 1916-1917). Artistic love at first sight, followed by romantic love, bound the young painter to the photographer, who thereafter devoted a yearly exhibition to O'Keeffe's recent works. He introduced her work to the most esteemed art critics of the day, contributing to establishing her public recognition and consolidating her position on a rapidly expanding art market. In 1929 she was the first female artist to be included in the recently-founded MoMA exhibitions. Later, she was again the first female artist to be awarded a retrospective by leading American museums (Chicago in 1943, the MoMA in 1946). For the generation of 1960s feminist artists, O'Keeffe was seen as an "icebreaker", paving the way for recognition of art that is no longer necessarily related to the gender of its creator.

In addition to the paintings of flowers that made her reputation, the "Georgia O'Keeffe" exhibition in the Centre Pompidou showcases the complexity and iconographic richness of her work. From the skyscrapers of New York and the barns of Lake George to the cattle bones she brought back from her rambles in the Indian deserts (Ram's Head, White Hollyhock-Hills, 1935), Georgia O'Keeffe's painting went on to reinvent itself over the course of the decades. While vegetal inspiration is a recurrent motif for the artist, the exhibition relocates her in a tradition that is rooted in the great feeling for nature inherited from historical Romanticism. Reinvented by the pantheism of writer D.H. Lawrence, it runs through O'Keeffe's work, lending a touch of eroticism to her landscapes and vegetal motifs.