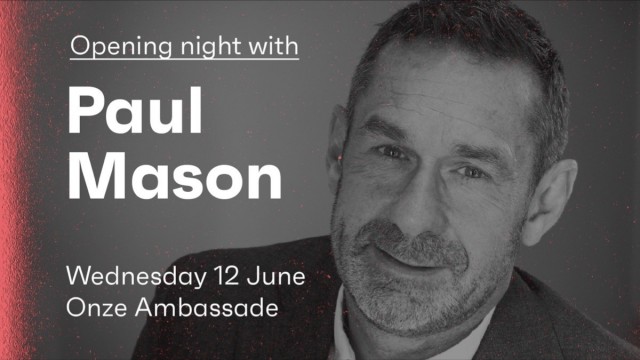 Border Sessions will hit the city next month. Over the course of 4 days, you can explore an extensive programme with labs, summits, a festival night, movie screenings, and more.

On Wednesday night June 12th Border Sessions 2019 kicks off with an interview with Paul Mason about his new book Clear Bright Future: A Radical Defence of the Human Being. (Een stralende toekomst, published by De Bezige Bij).

British journalist Paul Mason is one of the most significant commentators of our time. His latest book is called Clear Bright Future: A Radical Defence of the Human Being, in which he pleads for a new form of co-operation which, according to him, will safeguard humanity amidst technological revolutions happening at the speed of light. Mason’s view reverberates with the stance of humanism: once the human touch starts seeping from our DNA, there’s no knowing what the world will become. Until then, optimism pays – when it came down to it, humans have always forced themselves into collaborations.

After the interview, Paul Mason is available to sign books. Our favourite bookseller De Vries Van Stockum is also present with brand new Dutch and English copies of the book.

Tickets for this event cost €7,50 and are on sale now.