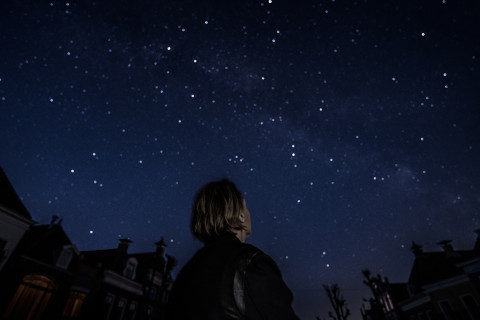 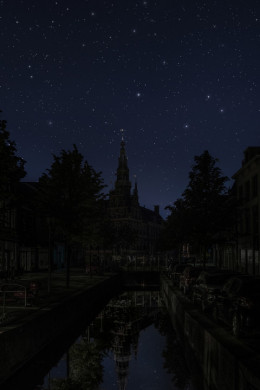 See the stars in your own street. It might sound like a fairytale, but the Dutch city of Franeker achieves this by switching off all its city lights in the project SEEING STARS. This way Daan Roosegaarde and Unesco Netherlands bring the stars back to create a sense of connection with each other, something we are missing in this COVID-19 pandemic.

Unesco Netherlands aims to recognise seeing stars as a form of universal heritage. SEEING STARS is one switch away.

More than 80% of the world’s population lives under light-polluted skies; a barrier preventing us from experiencing the beauty of the universe. But there is a solution. “Everybody should have the right to see the stars through an unpolluted night sky. Looking at the stars makes you feel connected to each other, we are all part of the immense cosmos. This is the communal and universal heritage I strive for. SEEING STARS is an important step forward.” - Kathleen Ferrier, Chairperson of the Netherlands Commission for Unesco. See SEEING STARS in action in the online movie première.

“Everyone is now in their own little bubble, disconnected from each other. I realised that every night, there is actually an amazing light performance hidden up high in our sky. SEEING STARS brings the stars back to your own street. The stars are one switch away.” - Daan Roosegaarde, artist.

Connection with community and the planet

SEEING STARS creates a sense of connection, not only with our community, but also with our planet. SEEING STARS is a collaboration between the residents, government, and businesses of Franeker, Unesco Netherlands and Studio Roosegaarde to switch off all non-essential household lights, billboards, and street lights. By removing this light pollution on a city-wide scale, SEEING STARS enables everyone to reconnect with the universe and experience the magic of starlight again. Public safety is ensured in close collaboration with the local government. SEEING STARS begins in Franeker and aims to travel to cities such as Leiden, Sydney, Venice, Stockholm, and Reykjavik.

“I am so proud to switch off all the lights in our city, to see the stars and feel connected with each other.” - Marga Waanders, mayor of Franeker

Unesco, Nacht van het Wad, Earth Hour, Nacht van de Nacht, and the International Dark-Sky Association have all previously advocated moments of darkness to increase human and animal well-being. SEEING STARS is part of this movement and acts as a radical premiere which is focussed on viewing the stars in your city. It contributes to the sustainable development goals of the United Nations and reflects the rich astronomical history of the city of Franeker.

The first Seeing Stars project was realised and recorded in Franeker, the Netherlands, to encourage other cities to follow. With the launch of the film Seeing Stars is the third project of the series DreamScapes with MediaMonks by Studio Roosegaarde and partners Unesco Netherlands, Media.Monks, Visit Friesland, Visit Wadden, and the city of Franeker. Photography is by Albert Dros and Merel Tuk. Movie is by Media.Monks.

SYNC, Daan Roosegaarde goes back to the landscape of his youth

Into the Light by Mara Lemanis