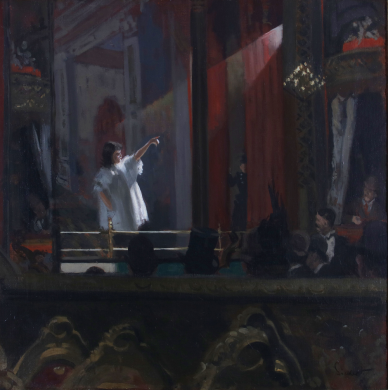 Walter Sickert is recognised as one of the most important artists of the 20th century, having helped shape modern British art as we know it. With ties to renowned painters from James Abbott McNeill Whistler to Edgar Degas, he strengthened the artistic connections between Britain and France and continues to influence contemporary painters to this very day.

The first major retrospective of Sickert at Tate in over 60 years, this exhibition explores how he had an often radical, distinctive approach to setting and subject matter. From working off detailed sketches to taking inspiration from news photography, these were the tools he used to depict his vision of everyday life.

A former actor, he had a flair and fascination for all things theatrical, including performers in music halls crafted on canvas, and nude portraits staged in intimate, domestic settings. His imagination was also fuelled by current events including the rise of celebrity culture, and he used this to create compelling narratives.

Much like the man, his art was complex. Creative and colourful, his body of work was ever-changing and can be interpreted in different ways. His own self-portraits, for example, showcase how he evolved throughout his career – from his beginnings as an actor and artistic apprentice, to becoming one of the most gifted and influential artists of his time. https://www.tate.org.uk/

The Bayeux Tapestry or the Story of the Conquest of England in 1066, told in Embroidery

Wonderful old London around 1900 in colour!

A wonderful trip through Shakespeare's land in 1910 in colour!

The History of England : Every Year