Home » Article » An incredible history of the Chicago Cubs #3 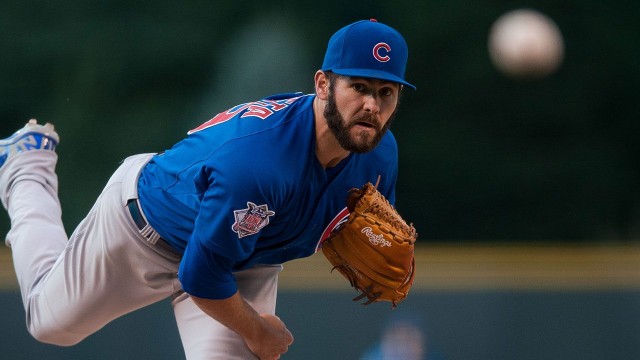 Hmmmm....This is the time of year I announce that this is the year that the Cubbies will play in the World Series. In past years, I got snikkers, smirks and LOLs. But this year, that proclamation  rings hollow  because EVERYONE IS SAYING IT!!! Sorta takes the fun out of it.

...And everyone might be right! They have played their first game and Arrieta started as he had left off last year: 7 innings, three hits and 0 runs.

The hitters showed up too. A writer for one of the Chicago papers is predicting a perfect season of 162 wins. Hey, this is why Chi-Town is called the "windy city". (The sobriquet was initiated c1895 by the NYTimes. It said that the Chi. politicians, running for elective office, were making promises no one expected they could keep. Thus, they said, it should be referred to as the windy city.)  But  I digress.

Be it as it may, it should be, will be a great season!

Did you know, according to a recent poll, that only 24% of the American public was excited with the opening of the BB season? Oh, yeah, 45% said that they can't wait for the NFL opening their training camps. Damn! Where have you gone Joe Dimaggio...A nation turns its eyes away from the national pastime....Say it ain't so, Joe!

But there is a downside to the opening of the season. American sports is all about money! Today I tried to find the box score for the Cubs vs Angels game. At www.cubs.com I could read NONE of the short articles not to mention NO box score. Even the online editions of two Chi. papers did not have the box scores. I would finally find it at www.cbssports.com Must be a renegade website. Right on!

Well...Let's not ponder over the negatives and enliven the event of opening day with quotes from the legendary Yogi Berra. At his death, last year, his words of wisdom appeared in several sports columns. Here are some of my favorites:

3. I really didn't say everything I said.

4. I'm not going to give my kids an encyclopedia. Let them walk to school like I did.

5. We made too many wrong mistakes. Hmmm...Story of my life!

7. If the world were perfect, it wouldn't be.

8. A nickel ain't worth a dime anymore. Hey, Yogi, nor is a million dollars.

....11. And the gem of the gems: "Nobody goes to that restaurant anymore, it's too crowded." Those who live in cities, around the world, know that there are the restaurant snobs that seek out the newest eatery and when they find an outstanding one it becomes their in-place until everyone goes to it.

So....It's PLAY BALL....and I'll see you in October/November for the grand finale.

P.S. My only regret is that Starlin Castro was traded, last winter, to the loathsome Yankees. I really did like that kid!

Every year, I post the address to my evergreen which describes my visit to Wrigley Field, 1969. The year that it ALMOST happened. Scroll down to 5th page.