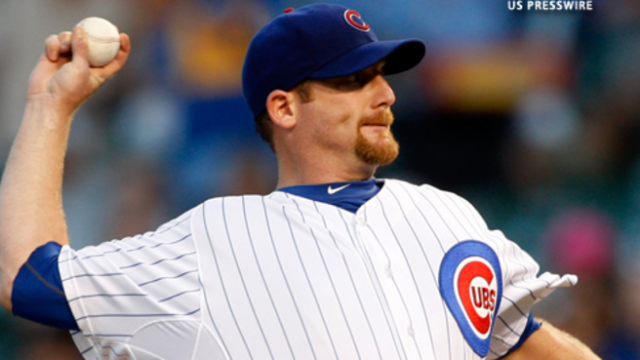 The season is winding down...and the Cubs are desperately trying to
avoid loosing 100 games; they last did it in 1966. By coincidence, that
was the year I moved to Chi-Town and began to support them.

I will make a full report later...But I thought this article was
telling. The White Sox are in first place and can't draw a decent crowd
while the Cubs continue to pack them in. Go figure...It is Cubby magic.

The Cubs lost 101 games; they have now lost one hundred games or more three times in their history...But that doesn't really define the losses since management threw in the towel last July. At that point, their evaluation was that the team wasn't going anywhere. So they traded of several good players. One, Dempster, a pitcher, was having a great season and the front office hinted that since his contract was up at the end of the season---and he would be a free agent---they might hire him back. They brought up several minor leaguers they have high hopes for. For the most part, they did not play well.

So what's the positive side that, I, as a born optimist sees in all this?

Darwin Barney slipped in batting average to .254, but he scored 73 runs and shows signs of being a clutch hitter in the mold of Yogi Berra. Oh, yeah, he tied the MLB record for 141 consecutive games without an error at 2nd base. I read somewhere that that was as good as batting .300 as to helping the team.

LaHair made the All Star game but faded badly afterwards. THat had a lot to do with the fact that he was no longer playing everyday. A rookie, Rizzo, came up at the end of June and took over first base. LaHair played the outfield on and off. However, while he batted only .259 he did hit 16 HR, 17 doubles and 40 rbis at 340 at-bats. He, too, like Barney, is a very good clutch hitter and even more rewarding, one who can come off the bench and get a walk-off hit.

Pitching? Lots of positives. Injuries reduced the starting rotation from 6 down to about two during the season. But there are lots of kids and a few cast-offs who have showed potential.

The Cubs fans showed there disapproval with only 2,882,756 coming to Wrigley Field during the 2012 campaign; that's the first time they have drawn less than 3 million since 2003. Still pretty good for a park that has a capacity of a little under 40,000 seats.

Already looking forward to next year...

And the rest of the teams in the majors? Well, what a year. The Nationals are in the playoffs, Boston lost 91 games and finished last in their division. YOur Angels had three great hitters but didn't manage to make the wild card...Strange, that. But you were right when you said that they would fold. Houston will be in your division next year. Hey, they had the worst won-lost record in either league.

Only six weeks before the Billikens start their season. I saw in the College Basketball magazine' Lindsy  that they are ranked #9 in the country and first in the Atlantic 10...But that was before it was announced that their coach is in the hospital---heart problems---and probably out for the season. We'll have to wait in see the affect of that.

It was Wednesday, September 19th. A 7AM departure from Seattle
Airport, bound for The Big Apple. On the immediate horizon ... a great
baseball adventure: 4 games, in 4 days, in 3 Major League Ballparks.

Wednesday evening. After arriving in New York, we take a taxi to
Citi-Park ... home of the NY Mets.
Meeting up with Grampa Jim #2, it's the Mets vs the Phillies.
Beautiful stadium inside ... 2 big "jumbo-trons",
presenting a very colorful view of the field and stands. (Outside would
be a different story, unless you're looking
for a set of used tires or a re-conditioned radiator. Rough! ) Before
the game, our challenge is made: to get a ball!
And, success! Ryan gets a ball from a bullpen pitcher during the
warm-ups. The game starts with a bang ... a HR
to RC field by the Phillies first batter! And, with the help of
another homer in the 9th, the Phillies win, 3 - 2. A great experience.

After staying at our hotel in the middle of Times Square, Thursday
morning it's a quick look at the city: the bright lights of Broadway,
checking out the Empire State Building, the 9/11 Memorial (impressive),
Ellis Island and the Statue of Liberty, it's on to fabled Yankee
Stadium, where the Yankees are taking on the Toronto Blue Jays Thursday
night. What a beautiful stadium. Although not technically "The House That
Ruth Built", which is now gone, this one is the "stadium that the city
built", already rich in tradition and lore. The Yankee "Hall of Fame", out in RF,
brings back memories of yesteryear.

But our initial goal: again, to get a ball! And ... again success!
This time Grampa Jim gets it done, on a Blue Jay batting practice HR
out in the lower RF seats, as he is a nano-second faster than a little
old lady in grabbing a ball that deflected from the upper-deck facade.
The old guy still has it! As for the game, a Yankee victory, 10 - 7, with
lots of offense, including a Nick Swisher grand slam HR to RF. Ichiro also
goes deep !?! Another great experience.

Friday morning ... a quick visit to Central Park, and then: rent a
car, and on to Beantown, and the gracious hospitality of the John Kirks'
family, old friends and neighbors of the Driscolls when we all lived in Pacifica,
California. John, consummate ticket scalper negotiator, secures some excellent
duckets for Friday night's game with the Rex Sox vs Baltimore, at fabled Fenway
Park. Not only that, but 2 rare tickets above the Green Monster in LF !

We are a party of 5, with John accompanying us to the game. We all share
in the experience in watching part of the game from the Green
Monster. Ryan's quest for a ball falls short, as he strikes out from
his pre-game bullpen perch. In the game, the Orioles
are tough, and beat the Red Sox, 4 - 2. No homers in the hard-fought
contest. But what a great experience... Fenway at night >>> nothing
better.

Saturday, September 22 ... After visiting the Harvard campus, the
back-to four of us visit Fenway for another game, this one
a matinee. And.....success!! Ryan weedles a ball from a bullpen
pitcher, after a long, extended quest. He now has a ball
from each park we will have visited on the trip!

And then ... there it is....the red-painted seat way out in the
right-centerfield bleachers where The Splendid Splinter is supposed to
have deposited a HR ball ... some 10,000 feet from home plate. Ted
Williams, one of the best. And now the game,
and what a game! 12 innings, 15 runs, 28 hits, 10 doubles, 1
triple, 3 HR's (all atop or all the way over the Green Monster) !
Orioles 9 Red Sox 6, with ultimately great seats - - - upper deck
behind home, looking right down the LF line.

Game over. And, the great adventure week-end is soon over ... back to
the West Coast, early Sunday morning. Thank you, Tim, from both Grampas
and The Ryan King.
And thanks, John & Kathy, for your Boston hospitality, and great eats!