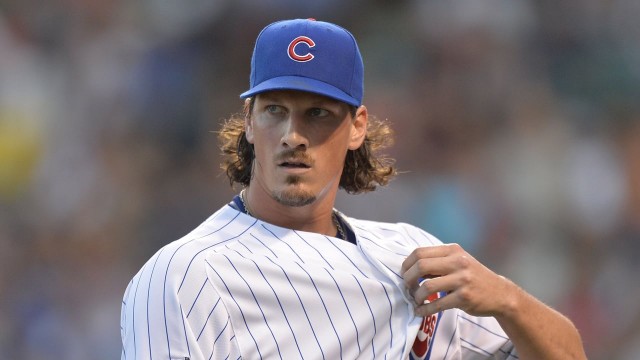 Yes.. always best to start with the bad and good to the good.

When I clicked onto the NYTimes today I saw the headline for Roger
Ebert's obit. He was my favorite film reviewer! And it was because I
had trust in what he had said.

I relocated to Chi-Town in June of 1966. In April, of the following
year, Ebert---fresh out of the Univ of Illinois/Urbana---began as a
film reviewer for the Chicago Sun Times. He got my attention
immediately. And I made it a point of attending a movie that he gave
three to four stars. He reviewed a Japanese film about a year or so
later that was four hours long. Four hours of sub-titles? Give me a
break. But I went. It was showing at a small art theater in a north
Chicago neighborhood. The film, Red Beard, was directed by A. Kurosawa.
It would be the beginning of my love affair for the man's films; and
since then I have attended film festivals for other Japanese classic
film directors and have been equally impressed.

Another time he made this comment, at the end of a review, "I'm just
not sure if this film deserves four stars or two. If I give it four,
some of my readers will go and leave saying Ebert has lost it. If I
give it two stars many of my readers will just ignore it." Or words to
that effect. The film was Richard Lester's Petula. As to how may stars
it was worth, well I left completely undecided. I didn't think four was
right and was unsure as to two or three.

In the 80s, when I published Amsterdam TODAY, I included film reviews
and was able to pick up Ebert's reviews for $15 a film. At the time,
Hollywood films would not appear in Europe before six months after
release and sometimes up to a year. I didn't trust young Dutch film
reviewers because the few that I had interviewed always got the first
question wrong: "How do you see a Clint Eastwood film?"  The answer was
generally, "I don't go to Eastwood films!"  As I result, if I didn't
have an Ebert review, I wrote my own.

Oh, yeah, we both had the same number one film, Citizen Kane. My
biggest regret is that one of the Chicago'  Old Town bars he hung out
at was one that I frequented. I would see him at a table with three or
four young people and all of them in animated discussion. I wanted to
introduce myself and join the "movie talk"  but I did feel intimidated
because of the respect I had for Ebert's knowledge. I was only
beginning my serious study of film.

He will be missed!

Hey, you read it here first...Last week I predicted the Cubs would play
in the World Series this year...Sure that got lots of chuckles and a
few of you were shaking your head and thinking he is in the first stage
of dementia...But, folks, the facts are on my side.

The first game was on 1st of April...April Fools Day. Indeed it was for
those predicting another grim seasons for my Mudville heroes. The new
wunderkind, Samardzija, pitched eight innings of two hit ball---and no
runs. The Cubbies won the game 3 to 2 and got only six hits. In the
second game, against the Pittsburg Pirates, they managed only two hits
and lost 3 to  0. Yesterday, they were back on a winning track. A
rookie, Wood, went six innings and gave up one hit and no runs. The
Cubbies won it 3 to 2 and did it on only three hits. The team batting
average is a miserable .121.

So, why am I so encouraged that this is the year? Well, the hitters
will come around. But if the Cubs can win without hitting, hey, nothing
will stop them once they do start producing hits and runs. Kid you not!

MY RESPONSE: I DON'T KNOW TOO MUCH ABOUT MR. EBERT'S REVIEW VALUE,
BUT IF HE INDEED SAYS "CITIZEN KANE" WAS THE #1 ALL TIME, THAT ALONE
SAYS A LOT.
TRUE, THE FILM WAS REMARKABLY INNOVATIVE IN ITS PHOTOGRAPHIC APPROACH,
BUT AT TIMES IT ALMOST SEEMED LIKE THE DIRECTOR WAS TRYING TOO HARD TO
REACH BOLD NEW HORIZONS. IT IS NOT IN MY TOP 10. ANY FILM THAT ENDS IN THE
UTTERANCE OF THE NAME SOMEONE GIVES TO
A SLED...WELL....YOU CATCH MY DRIFT.

I did note the Cubs won their opener, but, as usual, I don't believe
they have done much since. I could be wrong, since
they are such a 'non-entity" in the BB world. I predict another
"under .500" season. Still....I respect your allegiance, through
good times and bad (mostly bad). But predicting the Cubs going to the
World Series is like a liberal touting for abortion rights:
it simply means somebody is going to die as a result.

I won't make any comments on your "review" of Citizen Kane...there's NO point. In fact, you say, "It almost seemed like the director was trying too hard to reach bold new horizons..."  The only words I would despute is "too hard."  As far as his trying to "reach bold new horizons" well, dummy, he succeeded and that's why it is such an outstanding movie. This is the first time I have ever had the need to justify my position on this film. To me, that says something about your film knowledge.

As to the last line of dialog, in the film...Brilliant! It summed up the nature of the story and could not have been more succinctly. A footnote---though I can not substantiate it---is that William Randolph Hearst, who was the inspiration for the story, is said to have used the term "Rosebud"  as an euphemistically endearment and description of his mistress, Marion Davies, clitoris.  Whatever.

As to the Cubs...I refer you to Peter Pan and Tinkerbelle's message, "You got to believe."  And the irony here is that you do have that capacity to believe in fantasy. To wit: Your belief  in the God of the Bible.

I keep my fantasies on more acceptable levels like the Cubs will play in the World Series this year. Your fantasy of accepting the God of the Bible has been and is dangerous to society. More wars have been fought---and still are being fought---over the God of the Bible than a wars fought over perceived borders or water rights. Kid you not, son!

The last sentence is so nonsensical  that it defies a legitimate comment. Your deductive logic is a thing of wonder...I always wonder how you do it.