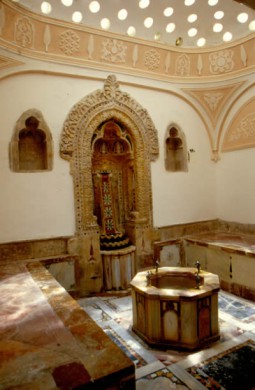 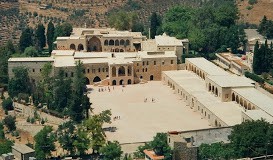 The Beiteddine Festival is an annual summer festival that takes place in the large and beautiful Beiteddine Palace in the Chouf mountains in Lebanon. It was launched amidst war and destruction in the middle of the 80’s. It came as an act of faith in Lebenon’s cultural specificity and its power of creativity and artistic freedom. It was a call for normality in the middle of the chaos and madness of the civil war. It was established in 1985 with local artistic performances and it gradually started having regional and international performances. Over the years it has included concerts or performances related to classical music, dance, theatre, opera, jazz and modern world music. In 1987 Nora Joumblatt took over the festival.

Since 1997 the extrenal court yard of the palace is fitted to host 5000 persons. On the creative level, the festival started producing its own performances, particularly Lebenese plays.

"This is a time when EFA more than ever can help artists to travel, meet and feel they are not alone", says Nora Joumblatt, President of the Beiteddine Festival (European Festival association: 60 years on festivals and the world) . “In profiting from the dynamics of the Arab Spring and recognizing cultural diversity, in promoting intercultural dialogue and engaging in cross-cultural exchange and in helping artists travel whose work reflects the new Arab awakening, in opening doors to their new art forms and ensuring platforms for their creations, EFA can celebrate the arts, transform people and imagine the world”, says Nora Joumblatt, President of the Beiteddine Festival. “Through its neighborhood policy, Europe can take the lead in encouraging cultural dialogue and collaboration. Increased mutual understanding will ensure the flow of ideas, reinforcing Arab civil society in the field of human rights, culture and gender equality.”