Berlin at the time of the Olympic Games in 1936 in color! PART-2 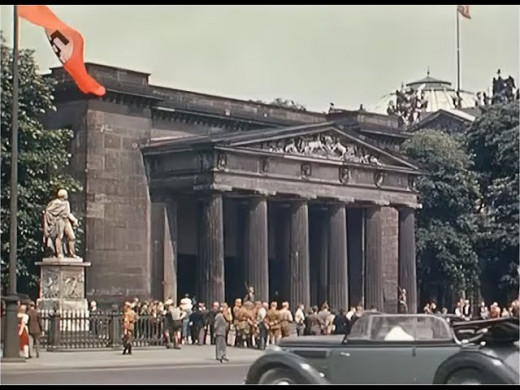 Berlin at the time of the Olympic Games in 1936 in color! PART-2

Berlin in 1936 part-2 is a follow-on film that shows the capitol of Germany, Berlin in full color in the year that the Olympic Games were held in this city. It is from a different source than Part-1. It shows traffic being regulated by policemen in white uniforms at locations like the Brandenburger Gate,

This film is uploaded purely for historic reasons. It only shows peaceful scenes. Preparations for war were not yet visible in this city and the Olympic Games were conducted in a civilized manner, despite the controversies surrounding four time gold medal winner Jesse Owens from the USA.

The original film has been motion-stabilized, slightly speed-corrected, straightened, flow-corrected, color-corrected and also enhanced with modern Artificial Intelligence software. The result is a video with very high quality. Please watch it in full-HD. Much obliged Rick88888888

A Trip through Berlin in 1900 in colour!

Along the Berlin Wall