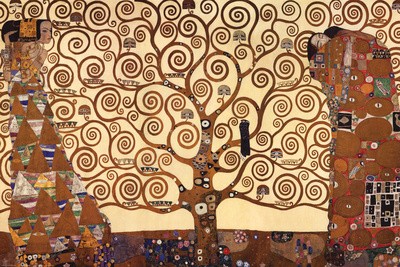 The golden rule for ethical conduct that prescribes we should “Do unto others as you would have them do unto you” is a mandate in many religions. One of the oldest edicts inherited by Judaism and Christianity comes from the Hitopadesha section in Sanskrit, c. 1373 BCE—“One should always treat others as they themselves wish to be treated.” Such gold would seem to pave the way for a moral universe.

And such a universe is the happy perspective religious traditions uphold and promote. But if we consider the endless tyranny, savagery, greed, chicanery, and extortion among nations and peoples on this particular planet, we are at wit’s end to believe that perspective could logically be right or wise.

A historical review does suggest humanity has enlarged its moral compass.

Instead of St. Paul admonishing runaway slaves to return to their masters, we decry enslavement; instead of religious persecutions, the torture and slaying of heretics, witches, atheists, etc., we praise religious tolerance. We reprove allegiances that protect only our family and our community and shortchange groups to which we don’t belong. We try to provide some economic subsidies for disenfranchised peoples; and extend civil liberties and justice toward ethnic groups different from our own.

Yet the arc of that moral compass has crept forward at the pace of geologic time, still crumbling, time after time, backward into barbarity.

The great 19th century poet and cultural critic, Matthew Arnold, despaired over “ignorant armies that clash by night,” leaving us with the feeble consolation: “Ah, love, let us be true to one another! For the world…Hath really neither joy, nor love, nor light…”

His misery swelled at the prospect of civilization doomed without the buttress of religion.

But if we construe morality as behavior that arouses empathy and compassion for the condition of other beings and creatures, we would come to some unusual, if tentative, conclusions. Sobering and wondrous studies have been conducted on the response to suffering among various species in the animal kingdom, including dolphins rescuing humans from shark attacks and dogs responding to the depression and distress of strangers who are not even their owners, nuzzling and licking in sympathy to salve human suffering.

These findings and those contrasting religious vs. non-religious groups strongly suggest that religious beliefs and devotions are not the prime factors nurturing compassion and emotional empathy.

Over the past 20 years, through a process that uses fMRI (the function of Magnetic Resonance Imaging), neuroscientists have found that areas of the brain are activated when watching someone else’s reactions, especially if s/he seems to be in pain. When we see other people undergoing stress or grief, we tend to feel their plight as if it were our own.

According to neural fMRI results, a particular part of the brain, the anterior cingulate, imagines how that agony feels and experiences it personally. We are endowed with neurons that mirror pain in others as pain in oneself.

It’s fascinating to consider the golden rule as the gift of an empathic imagination instead of a religious duty. Because if animal species react with solicitude, though they have no religion, then we can presume that an incipient version of the golden rule has been built into their brain cells.

And if agnostic, atheistic, and areligious people routinely show generosity and loving care toward all of life at least as much as do their religious brethren, a striking premise rises: Religious doctrines may give us laws and primers, spark ideologies of worship and salvation, but the inspiration to feel into the soul of other living beings may be a seed uncoiling from the universal Ground of Being, religious verdicts notwithstanding.

Empathic, compassionate morality might well be the offspring of an evolving spiritual imagination—cross-cultural and independent of religion.