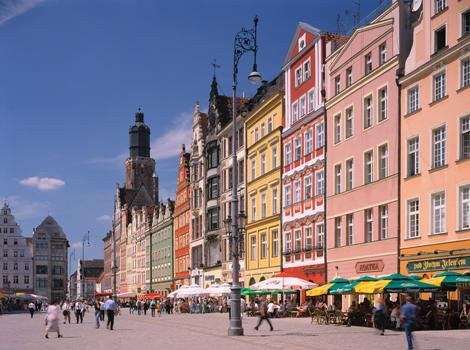 Wratislavia Cantans is held every summer in Wroclaw (first weeks of September). The first festival was organised in 1966 by the composer and conductor Andrzej Markowski, who took the post of director of the Wroclaw Philharmic in 1965. Until 1976 Markowski was the artistic director of the festival. Since its beginning the festival hosted foreign artists, but in 1978 Wratislavia Cantans was put on the list by the European Association of Music Festivals in Geneva and officially earned the status of an international festival. Wratislavia Cantans is a member of European Festivals Association.

The International Festival Wratislavia Cantans is one of the most important European events in the field of classical music, in which the main part is played by the human voice. The general director is Andrzej Kosendiak and the artistic director is Giovanni Antonini.

Director of the National Forum of Music, artist, conductor and pedagogue, Andrzej Kosendiak, has earned an enviable reputation as one of the most active and committed musicians and organizers of music life in Poland.

Giovanni Antonini, born in Milan studied at the Civica Scuola di Musica and at the Centre de Musique Ancienne in Geneva. He is a founder mender of the Baroque ensemble Il Giardino Armonico, which he has led since 1989.

The festival is strongly embedded in history, however it keeps inspiring composers to write new works, commissioned annually by the Festival.