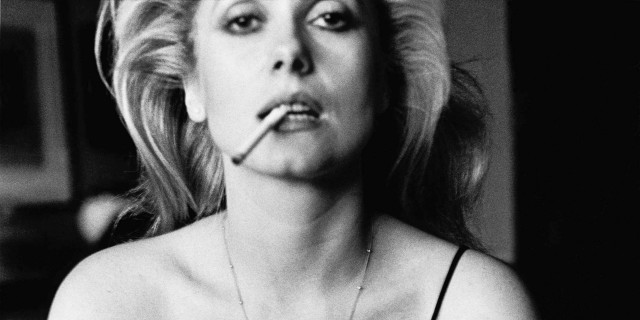 This is that the last 3D List of the 2015-2016 Amsterdam Art Gallery program. It has not been a good year for sales. The art recession that began during 2008 is still with us. The galleries have tried hard by bringing to our attention young artists and foreign artists. From the time to time there has been successful shows---see below---but, overall, many galleries have had fewer shows over the year. Let's bring-on the 2016-2017 season and turn things around.

What's at the Galleries;

N.B. Addition to this update are signified with a "+".

+ If you have an interest in Japanese culture and/or its contemporary housing architecture, check out the exhibition at Looiersgracht 60. The space is filled with large bulliten boards. On each you will see photographs of unusual houses scattered across the country. It is divided into "Yesterday's Houses" and "Today's Houses". There is a description/liner notes on each but, unforunately, in French. However there is a catalog in both Dutch and English: "#004, archipel van de woning". https://bit.ly/2NnIWko The show is sponsored by https://bit.ly/2DTiOhx , located in Brugge Belgium. No closing date listed.
***
+ An interesting but too short exhibition at the ARTI was for the winners of a competition sponsored by KUNSTBENDE 2016. From the 24th to the 26th you could have seen 11 young artists (13 to 18 years) representing Amsterdam, Flevoland, North Holland and Utrecht. You would have been amazed at the high quality of the work on show. The first prize winner will exhibit at EYE-openers of the Stedelijk Museum, Amsterdam. The curator was Angeliek Change. More info: ververs.gallery@gmail.com
***
Did you know that the world's longest gallery is Stockholm's subway?...Yeah, I know. Who cares?
https://bit.ly/2y9HtIR
***
A Laser 3.14 spotting: "I shall not feel, what I should feel." Hmmm...I sociopath's manifesto? Say it ain't so Laser....Well, he does says something spot-on at the Prinsengracht 392: "Don't Blame Trump. Blame Yourself." Yeah! And at Kerkstraat 158, "Nothing like us".  Sounds like racism to me.
***
The show-of-shows: the Gerrit Rietveld Academy's Last Exam exhibition opens on the 6th of July @ 16:00 and continues daily until the 10th of July. A don't miss the experience. The rebels, revolutionaries and anarchist of the art world will be strutting their stuff.
***
Amsterdam Art Fair is located, this year, at the Museumplein and is open from 25th to the 29th of May. A total of 45 Dutch galleries show their best. See a slide show presented by participating galleries at: www.amsterdamartfair.nl
***
Kunst RAI Art Amsteram is from the 1st of June until the 5th. The theme this year is Focus on  Berlin with six galleries from that city showing. www.kunstrai.nl
***
D.A Pennebaker, the maker of "Don't Look Back", a 1966 documentary of Bob Dylan, said, "Poets are a special breed and I have no idea what generates them. It isn't the thing I always thought when I was younger, that artists were people that could draw pictures. Artists are people that live unmastered. That is, they're loyal to no one but themselves. True artists. If you do that in our modern world, that means you  don't work for anybody. That means you have a hard time making a living and paying the rent."
***
Chipsy King is a patat frites joint that is directly across the street from the Munttoren [Mint/coin tower] which was built between 1480 and 1487. The french fries place has a reproduction of a 17th century of the tower. The caption reads, "You are here, 300 years later".
***

At "foam" there is a retrospective exhibition for the German fashion photographer, Helmut Newton. He is greatly admired and there are some that loathe his view of women.

His early life is important to understanding his work. Born in Berlin, 1920, he would escape Nazism at 18 and flee to Australia. However, before departing the city, he took in the nightclub' life with his older brother. This is obvious in his work where you see poses and b/w contrast closely associated with the German cabaret scene, at the time. The posing of his models, their demeanor and provocative and assertive expressions echo the cabarets' clientele of the time.

He would return to Europe in the 50s. In 1961, he begins his career as a fashion photographer working in Paris. He introduces innovation to the "art of fashion photography" like using mirrors and seeing a mirror image as an illusion. And the mirror also represents vanity.

In the main gallery, there are several nude photos that are life-sized. In a dip-tych, he creates a "double illusion" by posing the same four models dressed and nude; also they are in the same pose and bear the same facial expressions. At the press preview, one of the models pictured, Sylvia, said that his point was to show that "We are not here to seduce men, but to show our power". And you will see that his models were a certain type of woman: "Sensual, elegant and mysterious." And his studio sets were as elaborate as any film set. He also had the best people working for him: make-up, hairstylist, dressers, technicians and models.

There are dark sides to his work and they tell stories. He sees himself as a voyeur and as an exhibitionist and as someone trying to reveal themselves through their work. He plays with gender and emphasizes the androgynous aspects of man/woman.

After a severe heart attack, 1971, he finds his "true personal style" and decides to no longer make any compromises; he now fights against the social norms of the day.

During the 70s, and with the photos he shot for the French VOGUE, he breaks with the studio and goes on the street or interesting interiors that make for more striking compositions. And the "work now reflects an era of female emancipation and their sexual liberation."

In the 80s, he spends more time with "real people". Well, almost real. He begins to do portraits and they range from Andy Warhol to David Bowie with a number of other celebrities, of the period, featured in-between.

Don't miss,  Helmut by June (53m). A film made by his wife in 1995. Check for starting times at the entrance desk or see it on YouTube.

There are over 200 works in this major retrospective and several styles. And you will be surprised by two grotesque photos, of a decomposing human body, with a body mass that looks like it came from a 50s B-movie horror flic, "Victims of the Prince of Sansevero, Naples".

At Huis Marseille is the photographs of Stephen Shore (USA). He photographs virtually everything and anything! Really! Growling dogs, TVs with rabbit ears, neighborhoods, buxom ladies, a pancake breakfast, and even the banal toilet. As to his technical abilities the color work is sharp and almost crisp. A liner note said he was "one of the most inspirational photographers of the last decades."

The only negative note is that of the nearly 300 photos  the overwhelming majority have no place identification. This would been of interest since the photos were sort of a "see America" project he began in 1971. This is a major retrospective show and occupies all 12 of the museum's galleries.

"Stadstekenaars van Amsterdam" (Amsterdam city' artists) is at the Stadsarchief. There are 15 artists who express their view---and often a very personal view---of the city of Amsterdam. It is an unusual show for the Stadsarchief in that it focuses on the contemporary and not works from their extensive archieve.

Claire Harvey (UK) is the only non-Dutch person in the show. She works exclusively in b/w and is hanging Polaroids but, well, the contrast and imagery isn't quite what you might expect in a photo....Jantien Jongsma breaks from her notable and iconic drawing style with something the same, but completely different. In her large drawing we see a work-place comprised of several ethnics. What could be more representative of the Amsterdam of today? And, as Always, she tells a story.

"Parra" goes from works featuring typography to Pop School-like imagery, but in b/w....Dieuwke Spaans does geometric abstract work in b/w. Actually, the work fits better into the conceptual category. She expresses the genre in unusual ways. Some as a simple nearly monochromatic collage....Marcel van Eeden is a story teller who does it like a comic strip. Five cells illustrate the "Waalsstraat, 1927" story....Olphaert den Otter makes beautiful gouache work with the Amsterdam's detritus as subject matter and material.

WHAT IS HAPPENING AT THE GALLERIES:

+ Wow! The photographic gallery, FONTANA (N.B. Temporary summer location @ Pazzanistraat 11, Westergasfabriek), has had an outbreak of measels. Red dots all over the place! A total of 16 at the opening. Kid you not! The gallery is hanging the work of Ruben Terlou with both his color and b/w photos. He takes us to both life along the Yangtze (China) and into the mountains of Afghanistan. The Chinese views are reveling in several ways. He captures the cities, rural landscapes, the people and, one outstanding photo, shows an aged man sucking on an opium pipe. There are the young, too, six year old children, wearing military uniforms. Perhaps the itimacy we see with the people in the pictures has to do with the fact that he speaks Chinese. Unusual, too, is the fact that he is a medical research doctor who specialized in the study of leukemia. (40x60 cms.,. @ 1,250 euro; 60x90 cms., @ 2,500 euro; 90x135 cms., @ 3,750 euro)  16 RED DOTS at opening.  Until __?__ https://bit.ly/2MUX9da
***
+ Galerie Ron Mandos (Prinsengracht 282)  features the work of Aldo van den Broek, an artist that lives in a b/w world with only a few exceptions. He paints only with black paint and many shades of gray.What will get your attention is the material he uses as his "canvas": Carboard boxes. The typed used to ship goods in; plus a couple of pizza boxes. Cardboard? My only reseravation is that cardboard begins to disinigrate after only a few years time. Perhaps they have been treated. Most of the work focuses on portraits which are rather vague in their definition. 5 RED DOTS, at opening. (9x7cms., acrylic on gum wrapper @1,400 euro; 105x101cms., acrylic on scrapped cardboard @ 6,300 euro; 190x265cms., Acrylic on cardboard, linen, wire mesh @ 11,500 euro)...In the gallery's backspace are two artists that have joined together to form a "Troika": Tom Lore de Jong and Goof Kloosterman. The work is conceptual and ranges from photography to video and more. Until 30th July www.ronmandos.nl
***

The Amsterdam Art program for 2015-2016 is coming to a close. As always there were some exciting shows. However, most galleries played it safe over the last year with bringing back artists that have sold well in past years. Sure, there have been "new" artists to the scene, but maybe not enough to indulge the adventurous art gallery goer. Well, to paraphrase Scarlet from Gone With The Wind, "Next season is another season!"