Home » Article » Is our world made up of black and white certitudes? 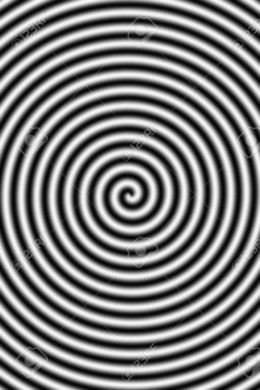 By Dario Poli and Mara Lemanis.

The words recently spoken by a London waitress to Kennie, our friend of longstanding from South Africa.

“Just black, thank you,” he replied without a second thought, gazing at his daily newspaper in a London coffee shop.

Kennie looked up, surprised by the words he heard ringing in his ears, their reprimanding tone, delivered to him with a considerable righteousness, distracting him from his interesting read.

“I would like a black coffee,” he replied again, mildly annoyed…

Once again the waitress addressed him. “Sir, you can only ask for coffee without milk, not black coffee.”

Shocked by this problem of simply ordering a coffee, he demanded to speak to the manager, who dutifully arrived, heard the story, and without further ado, ordered the waitress to deliver Kennie, “a cup of coffee without milk”.

Kennie sipped his coffee without milk (black coffee), pondering the social changes that are taking place in the Western nations, ushering in a new world order of political correctness.

Then he realised that this very evening, he would be playing his favourite game of chess on a board where each square is coloured black and white…problems ahead, he wondered?

Looking up, he noticed at the far end of the shop was an ethnic African man, who had just seated himself. Suddenly, a wry smile spreading across his face, Kennie wondered if he would ask for a white coffee, and if he too would be reprimanded by the same waitress?

Or, spotlighting the point, what if this man ordered a black coffee and refused to use the milk word?

Would he resort to sign language? Stick his finger to his forehead, ask the waitress if she noticed that his head is black, and tell her he wants coffee in the same colour?

Since this kind of event has also been reported east of London, in the community of Southend-on-Sea, where the Borough Council is prohibiting requests for black coffee, we noticed a curious feature there:

Among 173 thousand residents only 3 thousand of them are black.

Could implementing this censorship be an attempt to colonize white residents’ minds with milkless images of blacks?

--Could it be a way to still fears by inducing white people to feel that if they never mention the black word, black uprisings will never happen in their midst?

Or could this just be an ingenious way to ensure white supremacy?

But whatever may be the motive for the fiat on black coffee, it could easily expand and affect businesses down the street.

The photography studio, for instance. Suppose instead of a colour print we wanted a black-and-white photo. Would we be told it was not allowed? Would we only be able to ask for a white-and-nonwhite picture?

But nonwhite can carry the connotation of off-white, beige, or grey, so we might not at all be able to get a plain back-and-white print.

And we would have to remember when visiting a haberdashery that ordering an outfit for a black-tie affair would be out of the question. Only a Without Milk Tie, if you please.

Considering the implications from Kennie’s account, we then pondered on the direction of our social world and its future, now enmeshed in political correctness that in some cases have become legally instituted.

Would it become illegal for black persons to carry placards stating, “Black is Beautiful,” in celebration of Nelson Mandela’s birthday, and would people in the Black Lives Matter movement have their posters struck away by an official from the sensitivity patrol?

At once, the great bard’s prophetic words effortlessly jumped into our heads.

‘I Still Have a Dream’