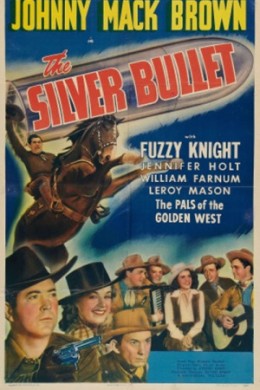 Oddly, though a real talent, I never cared too much for her.   I guess that's because I was never really a fan of those crazy, mad-cap comedies of the '40's, so many of which she was in.    Some of my favorite actresses:  KIM NOVAK, KAREN STEELE (B-movies), JOY HARMON, ( car wash girl in "COOL HAND LUKE"  ---oooh-la-la)

Yes, I agree...."THE SEARCHERS"  was great. So was "RED RIVER"  ( I'm sure that's the one you meant, although there were two versions of "RED RIVER VALLEY", starring  Roy Rogers and Gene Autry, respectively!! )

John Ford's 3-film tribute to the US Cavalry:  "SHE WORE  A YELLOW RIBBON",  "FORT APACHE"  and  "THE HORSE SOLDIERS" were all critically acclaimed. "'JOSIE WALES"  is a must-see, and  "THE WESTERNER" is the one with Gary Cooper and Walter Brennan (as Judge Roy Bean, and his love for Lilly Langtrey).

Johnny Mack Brown helped Alabama win the 1926 Rose Bowl with an heroic effort, which included scoring 2 touchdowns, one on a 65 yard pass play.

This performance led to his "discovery" by Hollywood scouts, and the handsome athlete stuck around Tinsel Town, eventually becoming a big B-Western star ... being the Hero in well over 100 sagebrush sagas.  This one was his 35th entry for the now-seasoned Western star.

Apparently,  The Lone Ranger isn't the only one who roams the west wearing a silver bullet.  In this 1942 oater, so does Johnny Mack Brown, as Silver Jim Donovan.  He returns to Winchester, a small western town where his dad was murdered, and he was shot.   In fact, he still carries a silver bullet they dug out of his back.

His only clue is that the killer has a jagged scar on his left arm, in the shape of a lightning bolt.  He mentions this to the town doctor , asking him to be on the look-out for such a scar on a patient he might come in contact with.  Well, our villain finds out about this, and,

not knowing the doctor has already been made aware, goes to old Doc Morgan requesting he remove the scar.  This proves to be the good doctor's undoing,

as the villain, (played to his evil best by Leroy Mason),  finds out and, after the operation, plugs the doctor.  What else could he do?  (Unfortunately, he later finds out that, underneath those bandages, that scar remains! )  Although he's now dead, old Doc Morgan was no dummy!

To further vilify the killer, the script makes him a politician running for re-election.  (That'll do it!)  And the doctor was his opponent in the political race, so it's 2 solutions for the price of one villain's bullet, or so he thinks.  (Hopefully this one wasn't made of silver. )   Johnny's character eventually finds out about

the owner of the scar, quite by accident, and, not only does he not vote for him, but he ends up plugging him in a big Western showdown scene ... with that same silver bullet.  (No ballistics explanation was given for this feat.)

This film has a fairly straight-forward plot, competent acting, and some improvised photography, especially in the fight scenes.  And Johnny Mack Brown knows how to throw a punch. Fuzzy Knight, although not an official sidekick in this one, plays his usual goofy self.  Leroy Mason is so crooked that, after he

finally takes the fatal bullet,  they have to screw him into the ground to bury him. And Jennifer Holt (Tim's sister) is at her prairie-pretty best, although the story gives her little romance for which to flutter her captive eyes.  On the SCHLOCKMEISTER SCALE OF WORTHINESS, this cactus effort gets a solid "8.5" .   Put it on your bucket list to watch before you die.

Again, I have suggested the you add "Copyright" protection to these reviews. They could have value one day for your grandchildren. Kid you not! the Internet will become more commercial in the future. Thus, information of this ilk will have some value for someone researching the subject of "Johnny Mack Brown" or "B-Movies" or "Western B-Movies."

How many of these have you written?