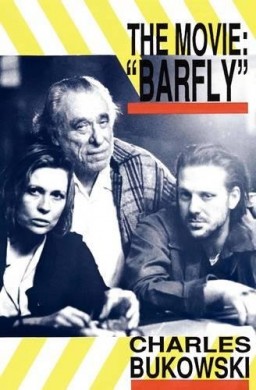 Don't forget Anthony Mann, and all those James Stewart epics.

Indeed, it was "Red River." I checked a movie book to make sure. It was a Howard Hawks production with not only Wayne and M. Cliff, but both Harry Carey Sr and Jr. The book gave it four stars and said "spellbinding photography...rousing Dimitri Tionkin score. An absolute must. The story was from the Saturday Evening Post."

Hawks along with Ford and Raoul Walsh were perhaps the greatest directors of the American western.

Yes, to answer your question, JMB's character DID wear the bullet around his neck...as a remembrance.  Actually, it's not a bad oater!

BTW....I'm still interested in getting more info (from your son, maybe)  regarding the costs of having my own web site, partially dedicated to these old movie genres. >>>>>>>>>>JD

Your reply to my assertion that there is possible money in your SCHLOKMEISTER REVIEW was "Valuable??? Come on!" The Internet is unusual in that it is available throughout the entire world. Advertising and selling a magazine/newspaper/newsletter was the old fashion way of reaping profit from your writing efforts. Today, with PlayPal, you can "sell" what you write and for pennies and the shock is that the pennies really do add up. My "3D List," which is highly specialized, brings me an average of 650 and up hits per list. THe geography breakdown is even more revealing---if not surprising---2/3 of the hits come from Dutch e-mail URLs; next the USofA (284); and in tenth place, China, with 22. Go figure. Who are these people so far away who are so interested in Amsterdam art?

Your topic, Hollywood B-movies would be far more attractive to a much greater audience since it is both more commercial and pre-sold.

I will contact my grandson to see if he has the time for this. If so, I will do an outline on how the site should be set up.

On the 22nd of January, I forwarded this "movie" on to you (scroll down for click on). But I did it from an Internet "cafe." Just as I was about to push "send," the screen was partially blocked---my 30 minutes were up. So I assume you did not get it.

This is more of an example of "art video" rather than being an actual movie. I am the "star." Well, I'm in five scenes (six if you look fast in one shot). My style of acting, as you will see, is non-acting. I think it was Spencer Tracy who said that "good acting was not to act," or words to the effect. Actually, I am curious about the "music" that the "director" mentions. I have not heard that part.

What is Happiness? In this example it is finding a book by one of your favorite authors that you didn't know existed. The writer is Charles Bukowski---I sorta had a "personal" relationship with his writing career, but more about that at another time. Bukowski is a man I have NO respect for as a man, but I love his writing! This book---I started it last night---is titled "Hollywood." I have read many books about Hollywood: bios, auto bios, behind the scenes/tell it alls, histories, fiction and even yours, but after only 50 pages I know that this semi-fictional novel will be one of the best. It is about the making of "Barfly." Bukowski was commissioned to write the screenplay. I like this line, "Money is like sex, it seems important only when you don't have any." Or this, "If Tim Leary ain't God, then God is dead." More later, probably...

Have you seen The Help?  I had not intended to do so even though it got a good review from Ebert and the IHT' reviewer; had been nominated or won awards because of the subject mater: Racial friction in Ol' Miss. However, yesterday, I had a two hour void in my schedule and it was the only film---at the multiplex that's was on my way to my next appointment---that was showing during the window. Serendipity! I laughed and I cried. On a four star system it's gets a five. Yeah, it's that good.

It is a period piece, c 1963, and remarkably accurate in all the props even the very minor things (In period pieces a lot of the fun is watching the classic cars. There is a scene, in the film, that is a Baptist church parking lot. One of the classic cars actually has a dented back fender. Nice touch...Then, just past the middle part, there is a scene with the NYC editor. The very next scene shows a car going up a driveway. It is a red Mercury Turnpike Cruiser with Continental Tire kit (1957). I had owned the same model the early 60s, the convertible version. I bought the $5,200---original price---car for $125. The owner had a motel on the coast of Daytona Beach. It had been attacked by the rust-virus. But, it was fast. People were always pulling up to me at lights and wanting to race. I never lost one.) But I digress....Superb acting and directing---the director did the screenplay.

...And here is a nice anecdote. I mentioned, last fall, how I detested the American way of celebrating Christmas with it's commercial hard sell; Christmas carols at Wal Marts starting in September. This year, I think I heard but one Christmas song and that was The Twelve Days of Christmas and at a supermarket. I did miss hearing The Little Drummer Boy, though. Well, I got my chance a month late. It was one of the background songs for the film. And the music score is great. Late 50s and early 60s standards. Thomas Newman, who is probably a cousin or son of Randy, did the score.

I mention laughing...Ironically, I was more often than not the only one laughing in an audience of Dutch people because it was laughter based on the recognition of truths when references and asides were made concerning American society and/or culture.

Oh, yeah, it is colder than a witch's tit. When I first tried to send you this video, I began by announcing that Spring had come. I had just seen a  field of crocuses---some in bloom---. The January temperatures had been in the 40s and sometimes as high as the low 50s. Fast forward---and not all that fast---and the temp readings are in the low 20s, even in the sunshine. Colder this week by 20 degree F than Chicago. It ain't fair!!!

Checked out Anthony Mann because the name really didn't ring a bell. While I saw of few of his films like "Winchester" most I don't recall. Ironically, my favorite one on his list was The Glenn Miller Story. I took my daughters to see it about 25 years ago. They enjoyed his music as much as I did. Of course, I have Miller to thank for my name. "Danny Boy" was his big hit of '41. A year later, I came bouncing into the world. They put "Daniel" on the birth certificate and the rest was history...And, at nearly 70, I am almost "was history."

Hi Daniel, sorry I'm late but I was busy. I see that YouTube has removed the movie. I suppose because of the music I used. Here is a link to the movie at Vimeo.

Perhaps you have to push the blue HD button to grey. Than the file will not be too large.

I just got around to looking for the "faces and movies" piece you said you did of me at foam. Couldn't find it. I searched nearly all you "subjects" but under "names and faces" there were 248 listings; under "foam" 428 and under "faces and names, foam" only 13 and i was not there. Perhaps you can send me the complete "address."