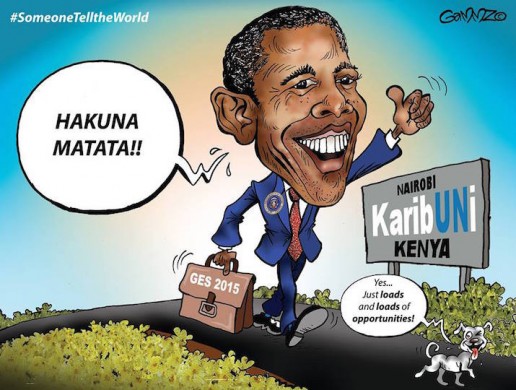 The beat goes on about OTG citizenship.

The material below refers to a particular Social Security Prefix.  Interestingly, I have a ‘042’ SSN identifier (it is shown as 42).  I got it when I was 12 years old in Montgomery Alabama.  At the time, the man giving out numbers saw it as ‘unusual’ that a 12 year old applied (my how times change!); as a result, he skipped down four numbers or so and picked an ‘even’ number ending in two zeros for me..

I bring this up, for the material below infers that the 042 is somehow connected to Conn – and since it was used for me in Alabama, it causes me to wonder.

As to the other matters – they seem quite factual – for example the reference to ‘negro’ vs. ‘black’, Kenya vs. British East African Protectorate, and of course the names of the hospital. If I had the patience (not to mention the knowledge of how to do it, I would check this out myself).  But Sheriff Arpaio had a team validate the document was put together from different sources.  Those folks did not seem to be wing nuts.

Now, if all this is false, not all was done at the same time.  For example, the SSN.  Let’s say the grandmother did do as alleged.  Yes, it was improper, but she clearly did not do it so he could be elected president – how could she even think such a thing back then?  She did it to give her grandson American citizenship (if she did it).  The other matters on the birth certificate could have come later and been done by people who did not know their history.  And, it might or might not have been done with Obama’s knowledge.

However, if the name inconsistencies are real (and I don’t know one way or another) someone has done something that is inappropriate.  If this keeps up, someone not a Democrat needs to stand up and say it is real, or it is false.

It is not clear to me there is a politician in the US with such courage. But it is not good for America for this to continue, ignored by both political parties. Frankly, if it is all false and the GOP knows it, but lets it persist for political value that is as despicable as anything I can think of.  If the GOP does not know, they need to find out for they are the political party with the responsibility of ‘the loyal opposition’ to represent Americans.

It is also reprehensible to me the media – all of it – is avoiding this like the plague.  If it is false they need to show it.  Does anybody remember the false document that caused Dan Rather to lose his job?  As it was about President Bush the media was all too happy to broadcast that.  This is a bigger and more divisive issue that is like a cancer in our political system.

One side or both sides of the political aisle are not being responsible to the American people.

An intensive investigation has revealed the identity of the man whose Social Security number (SSN) is being used by President Obama:

Ludwig lived most of his adult life in Connecticut . Because of that,

his SSN begins with the digits 042, which are among only a select few reserved for Connecticut residents.

Obama never lived or worked in that state! Therefore, there is no reason on earth for his SSN to start with the digits 042. None whatsoever!

Now comes the best part! Ludwig spent the final months of his life in Hawaii , where he died.

therefore had access to the SSNs of deceased individuals.

The Social Security Administration was never informed of Ludwig's death, and because he never received Social  Security benefits there were no benefits to stop and therefore, no questions were ever raised.

The suspicion, of course, is that Dunham, knowing her grandson was not a U.S. Citizen, either because he  was born in Kenya or became a citizen of Indonesia upon his adoption by Lolo Soetoro simply scoured the probate records until she found someone who died who was not receiving Social Security benefits, and selected Mr. Ludwigs

Just wait until Trump gets past the birth certificate and onto the issue of Barry O's use of a stolen SSN. You will see leftist heads exploding, because they will have no way of defending Obama.

Let's all get this information out to everybody on our mailing lists. If the voters of this great nation can succeed in bringing this lying, deceitful, cheating, corrupt, impostor to justice it will be the

biggest and best news in decades for our country and the world.

1. Back in 1961 people of color were called 'Negroes.' So how can the Obama 'birth certificate' state he is 'African-American' when the term wasn't even used at that time?

2. The birth certificate that the White House released lists Obama's birth as August 4, 1961. It also lists Barack Hussein Obama as his father. No big deal, right? At the time of Obama's birth, it also shows that his father is aged 25 years old, and that Obama's father was born in " Kenya , East Africa ". This wouldn't seem like anything of concern, except the fact that Kenya did not even exist until 1963, two whole years after Obama's birth, and 27          years after his father's birth. How could Obama's father have been born in a country that did not yet exist? Up and until Kenya was formed in          1963, it was known as the “ British East Africa Protectorate".

You sent me comments made by C. Green, a Democrat who criticized Obama. Of course, knowing your source material, I Googled his name and discovered that this time it was a legit piece of writing. But I also found an answer to his accusations by a man who described himself as a "traditional Republican." I read what he had to say and pretty much agreed with everything. I could have written it myself.

Sorry, I am far behind in answering many of your e-mails. Perhaps Sunday I can give it another go.