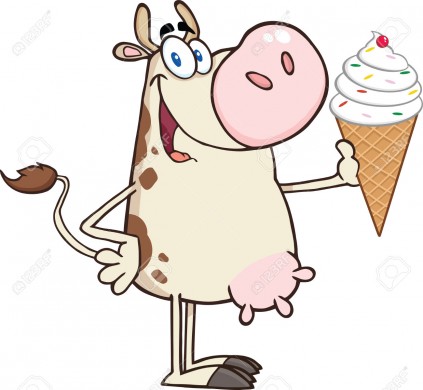 I think you err when you say, "I see you, who disavowed all political e-mail rhetoric, have now decided to partake." I use the Internet to access reliable publications and experts. If you mean, to suggest, that by passing on this info---and the click on---that "I partake" of "all political rhetoric" that is a very nuanced description and definition; and certainly not germane.

As to "personal responsibility," I am a supporter and believer. But personal responsibility is not necessarily an innate quality; it needs nurturing. This is where education comes in. And it should be every citizen's right from pre-school to graduate school. That a state university should charge $10,000 to $15,000/year is not justifiable since an educated society is the first line support of a democratic society. We must now pay for the privilege to be a creditable citizen. How bizarre. It's the poll tax all over again, but in a different form.

As an analogy: The bee pollanates the flower that create the seeds, but without the nurturing of nature----sunlight, rain, the seasons---nothing much can be expected. The glory of the rose will never exist beyond being a wilted bud.

Again, "We the people to form a more perfect society...." Remember, personal responsibility is to assume the obligations placed on oneself in seeking an education. Not attending classes, refusing to participate and to ignore exams is to default on your "personal responsibility." But the student cannot---nor should they be expected---to also pay for the privilege. Sure, I am proud of the fact that I worked my way through college---not to mention high school---but I would have also liked to have played football and participated in more extra-curricular activities.

Now, when I look at the rates for a college education, I realize, today,  it would be difficult to attend college even with a full time job; and when I read of the debts that students run up to do so, I think of all the harm done to the economy. That is, the graduate cannot become an active consumer for ten or more years after their degree. Of course, if you get an MBA from Harvard ($50,000+/year), and sign on to Wall Street, you will be making a few million dollars a year, in bonuses, in no time. What is productive of a country with 50% of those holding a  MBS graduate degree that lacks enough social science graduates? We need philosophers as much as we do engineers. This is something I see conservatives ignoring.

Here's an interesting political perspective I thought you might enjoy.  And, sadly, I think he's right.

--From a teacher in the Nashville area
"We are worried about 'the cow' when it is all about the 'Ice Cream.'

The most eye-opening civics lesson I ever had was while teaching third grade this year...

The presidential election was heating up and some of the children showed an interest.
I decided we would have an election for a class president.

We would choose our nominees.. They would make a campaign speech and the class would vote.
To simplify the process, candidates were nominated by other class members.

We discussed what kinds of characteristics these students should have.

We got many nominations and from those, Jamie and Olivia were picked to run for the top spot.

The class had done a great job in their selections. Both candidates were good kids.

I thought Jamie might have an advantage because he got lots of parental support.

I had never seen Olivia's mother.

The day arrived when they were to make their speeches.

He had specific ideas about how to make our class a better
Place. He ended by promising to do his very best.

Everyone applauded and he sat down.
Now is was Olivia's turn to speak.

Her speech was concise. She said, "If you will vote for me, I will give you ice cream. "She sat down.

She surely would say more. She did not have to.

A discussion followed. How did she plan to pay for the ice cream? She wasn't sure. But no one pursued that question. They took her at her word.

Would her parents buy it or would the class pay for it...She didn't know.

The class really didn't care. All they were thinking about was ice cream...

Jamie was forgotten.. Olivia won by a landslide.

Every time Barack Obama opened his mouth he offered ice cream and 51.4 % of the people reacted like nine year olds. They want ice cream.

The other 48.6% percent know they're going to have to feed the cow and clean up the mess."

This is the ice cream Obama promised us!

Remember, the government cannot give anything to anyone that they have not first taken away from someone else.

Did you vote for the ice cream?
THAT, MY FRIEND, IS HOW OBAMA GOT ELECTED.