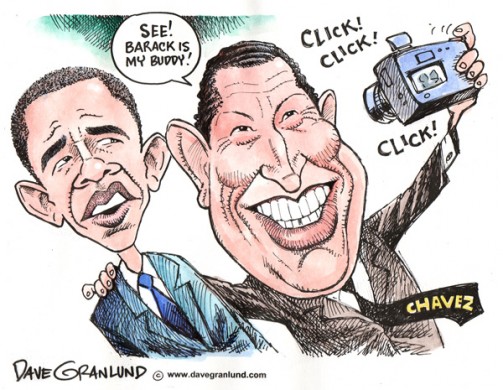 THIS IS ODD.... I AM MORALLY WRONG, AND YOU ARE A PROPONENT OF TERMINATING LIFE.  Hmmmmmmmmmmmmmmm

Savage may be alittle extreme but this is not the first time I’ve seen this take on the Obama administration and those that may say “it will never happen” just think what has happened to your rights & liberties in the last 3++ years! At least think about what is said & reflect on the past 3 years!!

In the past three years, the Obama administration has been very carefully crafting the nation for a political take over by his Marxist regime and this isn't just my opinion.

Popular radio talk show host Michael Savage is the son of Russian immigrants and is very familiar with Soviet and European history. Savage warned his listeners this week saying, "I have to tell you that if this man, God forbid, is the next presidentof the United States, we're going to be living in something along the lines of - people say Europe . I don't believe it's going to be like Europe - I think it will be closer to Chavez's South American dictatorship.

"This is the most corrupt, incompetent, dangerous tyrannical administration in American history. It's not politics as usual. It's not just Democrats versus Republicans. Obama has a long history of being at odds with American values and with America itself and the core principles of this country. They don't want government-sponsored opinions. They only want government-sponsored 'Pravda.' That's exactly what the government-media complex tells you on a daily basis - nothing but the government-media complex party line. Pay attention. Your freedom may be at stake."

Over the weekend, Republican presidential candidate Rick Santorum told a small group of people in an Iowa coffee house that,

"Barack Obama is not incompetent, ladies and gentleman. He knows exactly what he's doing and why he's doing it. He sees America differently than you see America .

[Obama] has gone out of his way to divide this country in a way I haven't seen since the Great Depression when Franklin Roosevelt went around to divide his country. That's his hero. What makes America great [in Obama's mind is that] the government takes money from somebody and gives it to somebody else. No, that's what makes America , France."

Since taking office, instead of helping the economy, Obama has purposely escalated the economic crisis by plunging the country into unprecedented debt. He has a number of programs that are designed to go into effect in January 2013, just in time for his second term of office. The economic burden and increased taxes on everyone will be enough to cause the final economic collapse of the country. As soon as that happens, Obama declares Martial Law and assumes dictatorial control of the nation.

The Department of Justice has already been subverting federal laws to strip us of a number of freedoms. The Supreme Court and many of the other federal courts have been seeded with socialistic liberal judges that will rule in Obama's favor on virtually anything, thus ending constitutional rule and law.

He's already changing the face of America 's military. Allowing homosexuals to openly serve along with changing the retirement program is causing many conservative military leaders to resign commissions and leave the military. Some Pentagon officials are also noting that an increase in the enlistment of radical Muslims into the US military where they get all the training they need on weapons and defense systems. We have no idea how many of them there are in the armed forces or in what positions they may hold.

Obama has been wielding executive powers this past year as if he were already a dictator. When Congress is not doing his bidding, he simply bypasses them and used an executive order to accomplish it anyway. This has set the stage for his disbandment of Congress. He would not be the first world leader to take control of a nation and disband the legislative branch of government.

He has been effectively using the media to anesthetize the public to the dangers he poses. Like a patient being prepped for surgery, people are numb to the changes and won't have a clue what took place until they wake up in recovery and realize that free America has been removed and replaced with a regime that may parallel those of Stalin, Lenin, Mussolini, Hitler, Chavez and Castro.

For the sake of our children and grandchildren,

I earnestly pray that we are spared from what seems a certain future and that Obama is overwhelmingly defeated in 2012. Otherwise, heaven help us.

PLEASE,PLEASE PASS THIS ON TO ALL YOUR E-MAIL ADDRESSES !

It amazes me how you gloss over everything pertinent in my e-mail----in fact, don't even address it---and then attack me. A typical conservative trick when you CANNOT answer a question or back up a contention.

Yes, you are morally wrong because you insist that your moral values supersede others. What hubris! The fetus is not life as defined by biologist. Sorry, but in this argument semantics is everything. YOu are in the position of contesting this "moral wrong" only from your "faith." Your faith is NOT fact nor truth. You are not superior to the rest of us that accept the biological evidence. You even ignore what Thomas Aquinas said in the 13th century: The soul does not entered the fetus until  after the third month of conception. I don't accept the "theory" that the homo sapiens has a soul, but I included the Aquinas quote for what it is worth.