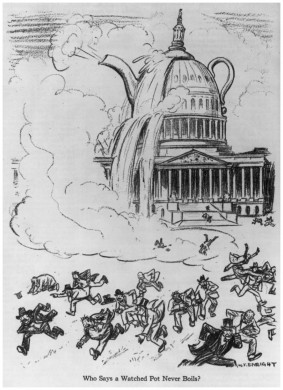 What a load of BULLSHIT!!!  There isn't a supportable premise in any of these sentences nor paragraphs. He attacks Obama for the same "sins" committed by Bush. But, we must assume, that since Bush was a compassionate conservative Republican  those "sins" weren't sins but only cool political moves. I refer specifically to his use of "executive orders." Bush did it often. Obama has done it because Congress refused to vote on his appointees for such post as assistance foreign secretary and Federal regulators, etc. Obama plays the same political game with the Republicans and he gets blame for it as the orginal instigator! Again, how hypocritical.  Common, even you right wing radical conservatives must have some rules. And the "unprecedented debt" is the result of 8 years of Republicans (I sent you the click on site that showed the history of the USofA debt since Roosevelt. The biggest and most dramatic spike was from 2011-2009, 30+%---the glorious Bush years. How can this guy Savage and you ignore such facts?

Here's typical liberal jibberish.....answer the claim, and defend the liberals, by blaming it all on Bush.  50 years from now, when your boys screw it up again, in whatever area, I'll bet you'll still be blaming it on Bush.

It's called merely..........a lack of personal responsibility....a major factor on the Democratic platform of inadequacy, ineptitude and inexperience.

My moral values do not supercede others.  And, if by others you mean YOURS, I don't think so. You have none. I imply NO superiority.

It appears you are super-sensitive, and maybe feeling a little in limbo. And who made a biologist GOD??

FACE IT...ABORTION IS JUST WRONG.....biologically, morally, inherently WRONG.  Deep down I believe you actually know this too. And every woman who may have one, likely knows it as well.

It may be LEGAL....but that doesn't make it right.  Slavery was once LEGAL too.

You get everything so confused. Number one, I did "answer the claim." I pointed out that Obama used the same political procedure as Bush had used and for the same reasons. I was making the point it was politics as usual. Each side is guilty.

As to blaming the "unprecedented debt" on Bush, well, you only need look at the graphs I forwarded to you. It was Bush who ruled over a 30% increase in the national debt which  was, indeed, "unprecedented." As to fifty years from now, well it is now 50 years since Tricky-Dick and, yes, I am still blaming things on him. He did take the US of the gold standard without having a suitable alternative; and you need only look at the inflation rate graph since he did that to understand that I am legit in still blaming some of the current economic problems on his decisions.

Actually, your description of the Democratic platform as being "inadequacy, ineptitude and inexperience" I could have said about the Reagan and Georgie-Porgie's administrations. Remember Bush grandstanding on the aircraft carrier proclaiming "Mission Accomplished!" Yes, sure. It took the USofA and a Democrat to get us out of that fix since the mission had NOT been accomplished. Face it, JD, the  Republicans continue to pull the wool over the American public by saying that we will bring you prosperity and then do it by borrowing until they can no longer borrow any more and the bubble burst. It has been repeated over and over by that inept party for the last hundred years. Remember, Harding and Hoover?  One gave us the Tea Pot Dome scandal and the other gave us the Great Depression. Bush II tried to replicate the Great Depression but got defeated and it was the Democrats that saved the economy. Look it up! Since Obama's stimulus package the economy has improved; gasoline has doubled in price since there is now a demand for energy whereas in 2008-2009 there was a surplus of oil on the market. That's capitalism! Supply and demand, but the Republicans refuse to understand that while at the same time running on the platform that Capitalism is the American way....Except when we have to pay the way.

THE DEMOCRATS SAVED THE ECONOMY??  WHAT ARE YOU REFERRING TO....AN ALTERNATE MIRROR NATION ON THE OTHER SIDE OF THE SUN?
HAVE YOU CHECKED OUR ECONOMY LATELY?   THE UNEMPLOYMENT RATES?  BUSINESSES FLEEING OVERSEES.  THE MORTGAGE INDUSTRY.

OUR CONTINUED DEPENDENCY ON FOREIGN NATIONS FOR ENERGY.  THE PROLIFERATION OF DRUGS POURING ACROSS OUR UNDER-PROTECTED BORDERS.
BARBARA BOXER AND NANCY PELOSI'S SEX APPEAL.  WHERE IS JOHN KERRY WHEN YOU NEED HIM.

HE'D KNOW WHAT TO DO.  AFTER ALL, HE FOUGHT IN VIETNAM.