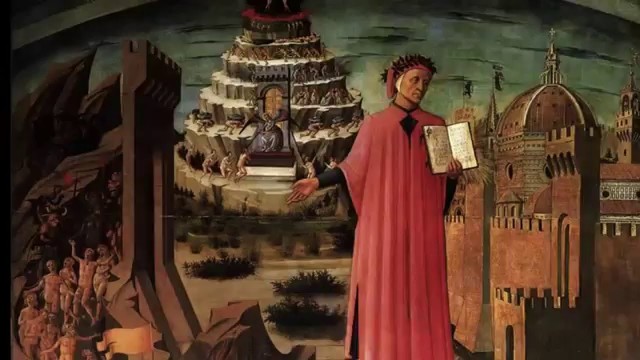 "'Some speak of theological problems arising from the new discoveries,' Galileo said calmly [c. 1611], 'but really these problems are not possible, as creation is all one. God's world and God's word are necessarily the same, both being God's. Any apparent discrepancies are only a matter of human misunderstanding.'" From, "Galileo's Dream," by Kim Stanley Robinson. (A blurb on the cover from the Guardian "Elegant, charming, funny and profound." I began reading this book a day or so ago. It is both a novel which is scientific historical and science fiction.)

The foregoing was acceptable in the early 17th century but, today, your "definition" for God---"God is"---does not cut it. So sorry.

This is the ultimate flaw in your position. Do you not recall the Time' cover story (1965?) that's headline was: "God is Dead!" It caused a stir. Got lots of people thinking and debating. But, in retrospect, ironically that message was broadcast at the seminal stages of the "computer age." And we are still at the stage of experiencing its embryonic gestation. The true wonders are yet to come. This is what Singularity University is all about  from my reading of their raison d'etre at the their website. So for you to interject, at this stage, that "God is God and He is 'sending messages continuously and we aren't listening or paying attention,'" is both ambiguous and very misleading.

Misleading, because you have said that you have but one message to convey to your fellow humans: "God is...And He is talking to us." Therefore, in  a sense, you are now supporting anarchy. Let each man interpretate what God is saying to him. I am sure Ted Bundy could have done so and probably more eloquently than you. And your very attack on organized religion and/or philosophical contentions is that they have misinterpretated or revised the "word of God" to their own desired purposes and ends. Well, I got news for you, most people you will convince---that God is talking directly to them---will come away with---nine times out of ten---a self-serving message. Hey, it's the way of man in his world as he knows it.

You say, referring to me, "your reluctance to accept, let alone embrace, my stumbling efforts to promulgate a message are exactly why I didn't want this assignment. I still don't understand why I 'm the one to do this."

Perhaps I can explain why it is you.

You have been "blessed" with an exceptional intellectual capacity. I am envious of your ability to absorb the written word and concepts. However, I have not always felt you had a total command in adapting the acquired wisdom pragmatically and/or correctly. Obviously, you have been successful; so you are doing something right. In many ways, because things/ideas/concepts come easy to  you, you are too lazy to put any real intellectual brute effort into properly defining or defending them. Here is an example. At St. Louis U. you had Dr Reagan for The Philosophy of Being. He had returned a mid-term exam to you with this notation. "Your writing style is nearly incomprehensible. But what I could decipher was brilliant. Therefore I am giving you the benefit of doubt and an Á'"...or words to that effect. Maybe there was NO substance to the unreadable scrawl. Maybe you made it unreadable for that reason---consciously or subconsciously. Well, you are now sluffing over the nitty-gritty, of the question, by just refusing to talk of it. That just won't do. If you want to believe that this assignment was God given to you, hey, you got to do the ground work and formulate supportive rhetoric that will give body to the "message." At the beginning of a collegiate debate each team does two things: presents the proposition and defines the terms of that proposition. Again, "God is!" doesn't cut it.

Once again, I suggest that you do a workshop at SU. Perhaps that will encourage you to do their ten week graduate program. It can't hurt. You got the time; and you say you have been chosen.

Am I still interested? Sure. But not as a possible John the Baptist. No! Describe me as your Doubting Thomas with a Zuckerberg face. I neither endorse nor support your present premise for the reasons outlined. However, I will assist you with the Internet phase when you have something to contribute for a logical discourse on Metaphysics.

"You are given a light to know evil from good.

"And free will , which, if it can endure

"Without weakening after its first bout with fixed heaven,

"If it is believed in, will conquer all it meets later.

"So if the present world strays from its course

"The cause is in you; look for it in yourself."