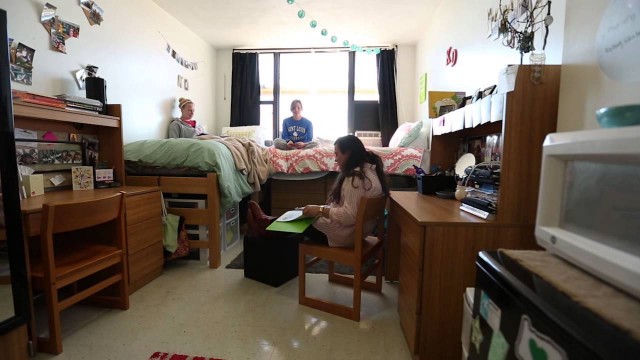 As to my drinking "the philosophical Kool Aid" you could not be more right. When I found out that I had to study philosophy---if I wished to graduate---I said to myself "Why do I have to study this s***. I have no need for it." WRONG. I not only learned much, but it has gotten me through life. I wish I could go back and do it all over again.

The second sentence of your reply is relevant to my current status of thinking on the subject of "God," the meaning of life itself and afterlife. Again, I have written a discourse concerning the issues at hand. If you which to read it, just ask.

Also, I failed in the reply to complete a point. I mentioned my experience with American ladies; what I left unsaid was how naïve and ignorant they were concerning love making and procreation. A friend, at the time, said to me, "Women are all  fucked up!" I said that that was true...But look what they had to deal with: Men. You would be surprised with what women told me about male ignorance to sex.

I am sending you the following "short story" to "introduce" you to Bob Wilson. He is the one that motivated the dialog concerning a Supreme Being. What is not said here is that Bob is one of those people blessed with innate intelligence that makes the rest of us look dumb. He was in the Honors Program at SLU. We were roommates, in the dormitory, and he put in half the time that I did studying but achieved nearly straights As. I was both envious and jealous.

He would leave SLU in the middle of our Junior year because he wanted the "real" college experience: Fraternities. He went to Arizona State University (great football team) and joined the frat house with all the football players. He did their papers and was a real "hero" to them all. Eventually, he earned his PhD (English) at Washington (State?) Univ at Seattle. He never used the degree but, instead, went into the computer industry. Why? At a bar he hung out he noted that there was a group of guys there at all times of the day and night. He wondered how they made their money. Selling computers, was the reply.

Bob often has bragged about the fact that he was lazy. Selling computers sounded like just the thing. At one point, in the 80s, he started his own little company supplying ATM machines to California banks; and he and his wife bought a five room house in Atherton. He's now in retirement.

I will send to you, on Sunday, the series of e-mails, between us, that I label collectively as: On God.

Bob, perhaps, the attached article, will give you the last laugh for an "injustice" committed against you 45 years ago. You can also go to www.nytimes.com and search for their front page article with a more detailed account.

One Saturday night you left the men's dormitory with Carl Doeing, for the Toodle House, to have a late snack. There, Carl and you met two young ladies from Queen's Daughter (the Catholic charity women's hotel). That night I was working the desk. On weekends, the locking of the doors was at one a.m. Same as Clemens Hall.

At one a.m., I locked the door of Queen's Daughters and made my rounds checking windows and doors. I knew that two girls were still out, but I had left a note on the door saying I would be back at 01:15 a.m.

When I returned, still no girls. One was tall and pretty and the other a real dog. But they both had personality. The unattractive one was probably "lots of fun." I decided to give them another ten minutes or so.

About five minutes later you appeared at the door. "I gotta borrowed five dollars from you. Carl and me got these two girls and we want to take them to East St. Louis for a few beers." Well, that accounted for the two girls, but I only had two or three dollars. "Give me that! Maybe Carl's roommate can help."

I locked the main door to the building and went back to the dormitory. On entering the second floor, I saw that, Mr. Goodwin's, the proctor, door was open. About fifteen minutes had passed when the door to our the room burst open and you charged in saying, "Shit! Goodwin's door is open!"

Fred Goodwin was a medical student. He helped finance his education by maintaining a semblance of order and made room checks, each night, at 10:00 p.m., through the week and at one on weekends (though it was a possible to request a later pass for an extra hour).

You had missed the curfew by more than 45 minutes or so. Carl's room was directly perpendicular to Goodwin's. There was no way he could enter his room without being seen. He had entered the building to borrow money from David, his roommate. When he didn't return to you, you came looking for him. Our room, as well,  could not be entered without our being observed by Goodwin.

When you came looking for Carl, Goodwin "invited" both of you into his room and asked why you were late. During this interrogation, a car horn sounded. At that time, you were tooling around St. Louis in 1932 Plymouth. The car had a very distinct and easily identified horn. Goodwin asked you, "Whose in the car?" You fessed up and told him about the girls, the Toodle House and the locked doors at Queen's Daughters. "Not my problem," was his reply. "Go to your room."

I became the go-between between you and Carl, going from room to room with messages. And each trip had a dual purpose, the message and "Is Goodwin's door still open?"

At some point, you came up with a plan: you would go out the window. The room was on the second floor but that is misleading because the building was constructed on an incline and we were actually about two and one half floors from the ground and cement sidewalk. However, it didn't look too foreboding. "It'll be easy! I've seen how its done in the movies." We tied together your bed sheets and mine and lowered them from the window and they came close to reaching the sidewalk. I looped the one end around the the window's crank used to open and close it and held on tight to the remaining segment. You started down.

Half way, a voice called out to you, "Are you going in or coming out?" The inquiry came from Jerry Parker, the fourth floor proctor. You looked down and said, "I'm leaving!" "So why don't you use the stairway?" "Mr. Goodwin's door is open...say, I got two girls in the car. You want one?" His reply was in the negative (a year or so later I heard from a good source that Mr. Parker was a "queer," the term that was popular at the time to describe someone gay.) Just about then, a knot slipped. You went into free fall and landed on your butt. Parker asked you if you were okay, but you were quickly on your feet and brushing yourself off. Seconds later you were headed for the car.

A few minutes later, I heard a "pssst, pssssst" and went to the window and looked down at you looking up at me. "Go tell Carl to open his window." I did as directed. You then tried to convince Carl to do the same as you had done. Since his room was at the front of the building, it was a good three stories down to the ground and it looked: scary. Carl said "No way!" and continued to decline the suggestion even though you were persistent. You left with the two girls and little money.

When I left Carl's room, Goodwin's door was closed.

Sunday: At a little after ten p.m., Goodwin was making room check. When he opened our door, he looked at you, sitting in your chair, and said, "I heard something about you going out the window last night." You looked him square in the eye and, with an Errol Flynn smirk on your face, replied, "Do I look like Superman?" He answered "No," and closed the door.

My girl friend, at the time, was a champion water skier and we had a date for eight a.m. Sunday. A competition was coming up she she needed to practice. Norine was living at Roger's Hall, the women's dormitory.

I arrived at Roger's Hall and while waiting for her, in the lobby, talked with the security guard. He was telling me stories about finding men in the toilet of the women's dormitory when making his nightly rounds and other anecdotes concerning the joys of being a security guard in a women's dormitory. I casually mentioned the incident of the night before in which I participated but without mentioning names or floors. Later, I would assume that the guard had called someone to report what I had told him. Thus, Goodwin's inquiry on Sunday night. Of course, I felt guilty, too guilt to admit to being culpable.

On Monday night, Goodwin charged through the door at ten p.m. exactly and said, "Following me, Superman, I want to talk to you." You would be "put on campus" for seven days and required to check into Goodwin's room every hour on the hour from seven until ten.

When I saw the article on the www.NYTimes.com home page (front page), about the former director of Department of National Mental Health, who had taken kickbacks from drug companies, I googled Frederick Goodwin M.D., and indeed he is our  Mr Goodwin.

OK...I'LL BITE ...SEND ME YOUR DISSERTATION ON THE MEANING OF LIFE, AND IT BETTER BE