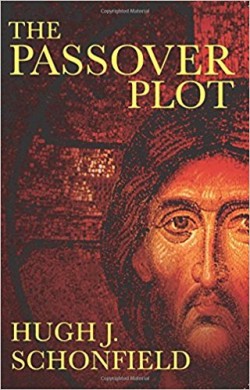 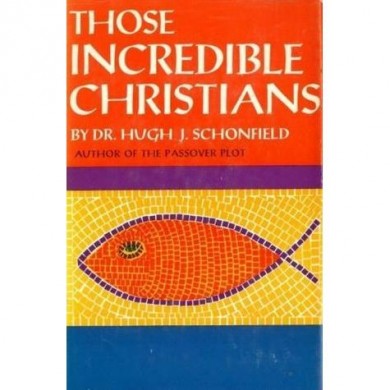 While Bob seems to be a little more on the money in this transmission, he does seem to think that God physically and verbally spoke to him, and now I'm starting to wonder about Him.  You both seem to feel God is some intellectual acquisition.  He isn't.

This is in response to two e-mails. Scroll down for the one date 28th August; the other was the 30th and you asked, "...I wonder where Christ comes in among all of this theological poppycock? You remember Him...from your days at St. Ambrose, no?"

Damn...I could write another "dissertation" on this question.

But, first of all, St. Ambrose was the starting point in my quest to understand what I had been taught. I was also told that it was not understandable and must be accepted on faith alone. I am surprised that for you it was a culmination of learning in regard to the subject and your acceptance that faith alone was sufficient.

At graduate school there was a nun, in my program, that was intelligent, personable, a quick wit and attractive. I asked her once about her vocation. She told me that it was either the convent or the stage. She had wanted to be an actress but felt she could do more for people through the religious life. I had always been curious about what went on behind the walls of that convent on Alter Road. She was my guide. And we did wander into discussions on theology which I generally initiated over some point that I found to be illogical. She said she could be of little help; and, more often than not, agreed with my position. But, she pointed out, the only theological training extended to nuns was done from the Baltimore Catechism. That seems to be the extent of your theological experience as well.

In the late 70s, when I was once again presiding in Motown, I visited one of your former classmates---for reasons that will become obvious, I won't mention his name. At one point he said to me, "I'm an atheist! Are you still a believer?" I answered, "Know! I'm an agnostic." He replied, "What's that?" I said, "If you don't know what an agnostic is you can't be an atheist. And the reason is that you have not read enough on the subject to fully understand any of it."

The discussion of "What is God" and the divinity of a man called Jesus Christ are two totally different ones. Again, it is important in any discussion, of this latitude, to define terms. The subject of God is a discussion on the existence of an omnipotent creator; and the discussion on JS is about religion.

You say, "But our faith is not some wild effort to calm out fears...Christ came to earth and died for our sins..." It is only your faith that gives credence to the sentence that followed. It is that faith that I no longer have. I do not accept the divinity of JC. The Godhead, I comprehend, is not one that interjects into the world that we know. It just isn't logical. Even the Catholic Church bows to this with the concept of free will.

But I am getting ahead of myself. My early reading on the subject (middle 60s)  began with a couple of books by Hugh Schonfield. He was a British Bible scholar specializing in the New Testament and the early development of the Christian religion and the Church. He wrote over 40 books---many dealing with religion---and the two most relevant to this discussion: The Passover Plot (1965) and "Those Incredible Christians" (1968) are both fascinating to read and revealing. Both deal with the subject through historical fact. Here is an example: Are you aware, that in Palestine, at the time of Christ, there were several "messiahs" wandering the hills, performing "miracles" and preaching gospels. It was no coincidence.

The Book of Daniel---or maybe it was the Book of Joseph---from the Old Testament, had predicted the coming of a messiah in 275 years. So flash forward, and we find that every Jewish mother, in the Palestine, was pointing to her son bellowing, "He's the one!" And the Gospels? Well, there are several. Mark, who wrote with the Roman audience in mind; Matthew wrote for the Jewish audience; Luke for the gentiles; and John who represented Jesus as an incarnation of the eternal word. But then there were the Gospels of Peter; Thomas; and even Judas. Not to mention "The Sayings Collection of 'Q;'" the Infancy Gospels; Harmonies; Marcion's Gospel of Luke. These latter efforts were excised by the early Church; each for a different reason. Jesus Christ is as much a creation of fiction as He is of reality. Even His birth date, 25th December, is not real. The early Christian church substituted pagan---and Jewish---holidays to placate the pagans and not deprive them of their occasions for celebration of the winter soltis; and Easter parallels with Passover on the Jewish calendar.

I do not mention Jesus Christ in my dialogs because I no longer have any faith in his divinity.

And in many ways I find that the man Christ---historically, He is still in question---was divisive to the history for the next two thousand years. Several years ago I was in a laundry place and was approached by a lady who said, "Do you accept the Lord Jesus as your savior?" I answered, "No." I went on to ask her if she was aware of how many people had been killed, executed, sacrificed or martyred in His name?  She paused, then said, "That has always bothered me."

When Islam is attacked for its "primitive" methods of extending justice---the Shari Laws---and other peccadilloes, that seems foreign to Western societies, I generally point out how similar current Islamic dogmatic doctrinaire is to that of the Catholic version only 300 or 400 years ago. Remember, too, that the pope was not considered infallible until 1870. Catholic Church history is a fascinating as well as illuminating study.

My mother said to me perhaps ten years after I had graduated from college that it had been a waste of money to send me to university: "The way you think has changed. Everything we tried to teach is you no longer abide by." My reply was, "A few weeks before graduation a professor looked out over the class and said, 'You are all seniors and will be graduating shortly. I want you to think back to you desires, dreams, aspirations, and how you viewed elements of life when you entered this institution. If they have remained the same, you have wasted four years and a lot of money. If they are different, congratulations, you have been educated.'" And here is the ironic part, you will be quick to point out that that was just the type of person you were referring to as being a nihilist. But Professor Conoyer (he did not have a PhD) was a very conservative man right down to the tips of his bow ties which he wore proudly. He called blacks, "darkies." He had been a high school teacher of Geography when WW II began; the university realized that they had no programs in Geography and with a world war at hand it would be necessary. They found him. He was an excellent teacher and I took five or six courses from him.