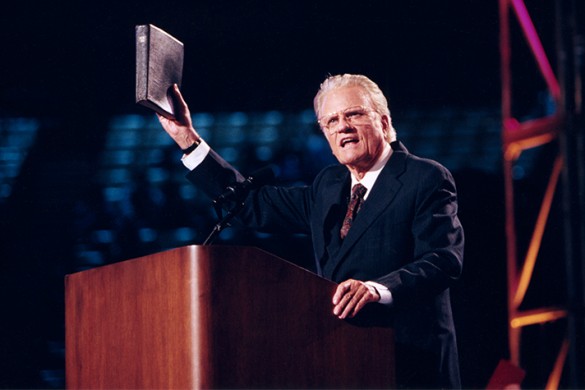 To the best of my knowledge I NEVER had an atheistic professor (Scroll down for your e-mail of 31st Aug). I seriously doubt you will find one at a Jesuit university; and Saint Louis University is a Jesuit school. US News and World Report recently ranked it #64 in the USofA; and it is ranked #3 or #4---depending on the source---in the list of Catholic' colleges: #1. Notre Dame; #2. Georgetown (Jesuit); #3 or #4. Boston College (Jesuit) or SLU. The point is, SLU has and has had an exemplary teaching staff. It has the highest ratio of priest to lay faculty of any Catholic university in the country. Of course, the Jesuits are NOT amongst the favorite orders of priest for the popes. Too liberal. Ooops!  There's the "L" word.

You know the song, "Last night a dj saved my life?"  In my case, it was the Jesuits. They gave me the tools---an encouraged me---to investigate in an objective way.

As to the "faith" I put into the Gospels...Well, not much. After all they were written 50 to 100 years after the supposed death of Christ on the cross. Again, "The Passover Plot"  gives a very interesting description of the crucifixion. And the resurrection? As to the latter, needless to say, I do NOT think there was one. I am surprise that you brought this up, in the first place, since I have already written the I do NOT accept the divinity of Christ. I abandon nearly all religions, long ago, as being self-serving. There are a few Eastern religions/philosophy that I feel have something to say. But, again, their messages are more philosophical than spiritual.

You went on to recommend that I read "The Case For Christ." "It is an equal argument for the authenticity of the four gospels..." The name Lee Stroble rang a bell, but I couldn't place it. So I Googled. Having done so, I now think where  I had seen the name before was in my reading of the new religious phenomenon that has taken America by storm, the Mega church. He had also been a journalist for "The World's Greatest Newspaper," (according to its masthead) The Chicago Tribune. I did read it, at one time, everyday along with the more balanced Chicago Sun Times. I also noted that Stroble is a "creationist" and you have said (9th Sept) "I do not believe in the 'creation theory' either...Some far-right groups may disagree, but those are, in many cases, radical idiots." Then why do you give any credence to Stroble? Further, "The Case for Christ" is material that he culled from interviews with 13 Evangelic New Testament scholars. The key word here is Evangelic. These "scholars" are, more than likely, the product of such schools as Oral Roberts University (Tulsa); Jerry Falwell's Liberty College and probably did "graduate work" at Jim Bakers school for religious scams.

(They are all selling books. I was always curious about Billy Graham. More accurately, I would ask myself "Where's the money." Well, sometime during the late 60s, I was in some burg called Minot N.D. or Waterloo Iowa---during my travels for the company---where there were only two TV channels. One was broadcasting one of Graham's Crusades. I watched it until I couldn't. At one point he held up a copy of the Bible and said, "My assistants will be passing out to each and every one of you the Good Book should you want it. It is FREE. But should you wish to contribute to its printing, which cost $5.95 [at the time the price of a popular hardback novel] please feel free to do so. Give what you can. A dollar will be fine. $20 if you can spare it; one hundred if it is in your power." Damn, Billy was selling books. Only a few weeks before I had read in the trade magazine, Publisher's Weekly, that the Bible---the largest selling book, in America, year in and year out, cost 69 cents to print and bind. Considering Grahams purchases, of the Bible, in the hundred thousands, he wasn't paying much more than that. $5.95 indeed. The man lied.)

My reading schedule is tight. I read an average of four to six hours a day (no TV gives me the opportunity). However, I vet what I read. I take exception with your description of my sources as being "atheistic, nihilist," etc because I first check their academic credential (Disclosure:  I am leery of the autodidactic "scholar" though, indeed, I sometimes do read them but only after the initial vetting). The New York Times---and the Washington Post---are by far the two most creditable newspapers in the USofA. They DO vet their journalist' articles before publishing; and they DO make corrections when something is later found to be inaccurate.

As to how someone close to 70 can still call himself an agnostic? Well, again, it is because of all the "facts [my] mind has assembled" that I can do so. Would I like to come to an answer? Damn right! Will I be able to achieve that before my death? NO. Why? In the "dialogs" I mention the first two questions in the Baltimore Catechism: Who made us? God. Who is God? God always was and always will be. Strangely enough, you can transfer these  same two questions to the scientific approach (I try to explain that concept in the dialogs). Einstein couldn't come up with an answer therefore I think it would be highly naive of me too think I might be able to pull it off. As to Einstein being an atheist, I am not aware of the "fact." He did speak of God in his writings.

You go on to say, "...with all your education...I still can't see how you can possibly consider denying the existence of God, or at least some concept of a Supreme Being." Well, you seem to be missing the point in my dialog titled "On God." In the dialogs, I ask Bob to define God. I have yet to do so. What I DO believe is that the Godhead is NOT the one in the Bible. I do not DENY a Supreme Being. I DO want a description of the Supreme Being, however. As to atheist, I have little sympathy for them and much scorn. They expound to KNOW which I find arrogant if not naive. At least the believer says "I believe because I have the faith that makes it possible." That's honest though too romantic for my purposes.

I think the following is a lyric from a Blood, Sweat & Tears' song, "Spinning Wheel?" Whatever. "I know there ain't no heaven; and I pray there ain't no hell." Well, I'm not a hypocrite, nor do I pray; but having died and lived to tell about it I feel confident to say, "I know there ain't no heaven nor is there a hell." You talk about my influences in derogatory terms, but since you are unaware of them you just can't make such judgments. Dr. Montesi, the professor for English 1, assigned us three books to read and report on. It was our choice, but first he would okay them. I submitted: The Great Gatsby; The Power and the Glory; and The Immoralist by A. Gide. Montesi looked at the first two and said, "Good selections." For the Gide book, he said, "This is on the Index." I looked at him and asked, "What is the Index?" He replied with, "What kind of school did you go to? Public or Catholic." I said, Catholic. He was perplexed that I didn't know of the Index (I don't recall the nuns going into any discussion of "lists" outside of the Legion of Decency's film ratings. Anyway, Montesi said, "I have no objections to your reading it Gould." I did. And I never understood what the Catholic Church found objectionable about it. As to the Graham Greene's book, a couple years later I would do a paper, for a philosophy course, titled "The Philosophy of Graham Greene". He was a great influence on me; he had converted to Catholism during his 20s. But  his books he often questioned the Catholic Church. He never won the Nobel Prize for Literature but that was because of pressure by the USofA who considered him a "lefty" (he wrote several screen plays for Hollywood films but, sometime during the 50s, he was no longer granted a visa to enter the states). But the point is, my influences are many and I am more than willing to list them, but rest assure the name Lee Strobel will not be amongst them.