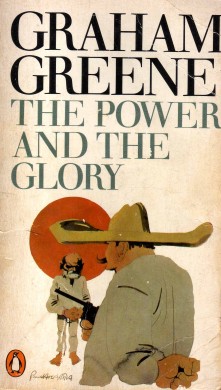 Generally speaking you are correct when you say that I only question "sources that oppose liberal viewpoints..." I say "generally" because I question sources that oppose views where I have made an investigation into the fundamentals and then someone comes along opposing the basic facts.  "Liberal" is not the key word.

Take the subject of abortion. I sent to you the "On God" series because I said I was Pro-choice and you replied that you take the opposite point of view. To me, mine it is not a "liberal" position. The conservative wants less laws and regulations, but then they come along wanting to outlaw abortion. What right does a government have in determining whether a parasite (biological speaking, the fetus is just that) cannot be removed from a woman's body if she so desires. They, the conservative, argues that the fetus has a soul...What's that got to do with it. Soul is a religious term and may or may not exist (you know what side I take on the question). The Constitution calls for the separation of Church and state. That's the rule of the land. Keep religion out of it!

...And support of gay marriages. Couldn't care less if two people of the same sex want to live together or marry. In Holland, as well as other European countries, a civil marriages is required. Should you want a priest or minister or rabbi to officiate then you have another wedding ceremony.

Open borders? I thought your book jacket said you studied history. You did take Latin at St. Ambrose...But you seem to have forgotten the Caesar's Gallic Wars. Caesar sent the Roman army to engage a Swiss tribe, of 100,000 in number, that was moving into what is now Germany. Listen, sport, open borders have always been a question in dispute. People have always been on the move. It is the way of the animal. Europeans are in an uproar over too many Turks, Moroccans, etc who where first brought unto the continent as "guest workers" to do jobs that Europeans said, "Please, not me!" They stayed and multiplied. They now call Europe home. How did the Mexican get into America? My mother comes from the farm country of the Thumb area of MI. I sometimes spent a few weeks, during the summer, on an uncles farm. He had Mexicans that helped with the harvest and picked the apples and cherries. Where did all those Mexican restaurants come from? Some stayed and worked up the economic scale. It is a fact of life.

Me, a liberal...Damn right...But also I am both a realist and pragmatist.

Finally, when I am "accused" of being a liberal I point out that I am a Constitutional conservative; and the fact is the Constitution is a very liberal document. Not my fault. (This I have said before, but it doesn't seem to be getting through.)

This is a reply to various points and questions that you have vented.

I have already partially answered the following: "..sources that oppose liberal viewpoints."  First of all, you have the tendency to label issues, concepts and people. I try to maintain objectivity by refraining from doing so. It all started when I joined the debate team at university; in my senior year I was the assistant debate coach and, in the capacity, I took the debaters to tournaments and judged the debates. In collegiate debate, a committee of faculty debate coaches select a proposition that will be debated through the school year. At a tournament, there are four debates in one day. Each team MUST debate both the PRO and CON of the topic. That means, when you do the research, you look at both sides as objectively as possible. From this exercise, I formed a disciplined method of addressing new issues/concepts. Some issues that might be labeled "liberal" by a segment of society I don't see as "liberal" at all, but view them pragmatically. Abortion is a good example. How can a minority of people try to dictate their religious belief to the majority? Homosexuality and their right to marry? Well, as you know certain protestant religion already sanction their ministers to marry people of the same sex. And what is homosexuality?

In 1994, I was visiting an American acquaintance, every Sunday night, to watch CNN's summation of the OJ Simpson' trial for the prior week. On one occasion, Alan complained that he had a daughter who was a lesbian, "It's because of the way my ex-wife raised  her," he asserted. A few weeks prior, to this incident, I had read an article that said neuroscientist had discovered a gland, at the base of the brain stem, that they believed determined our sexuality preference. It was the size of a pea for heterosexuals and for the homosexual it was larger or smaller---can't recall exactly. Also, it is genetic. To me the irony of those opposed to the aberration is the fact that had people over the ages been acceptable to gays there would be few if any today. That's because it was only until recently gays felt compelled to marry thus perpetuating the condition. If we had been as open as the Greeks and Romans, well....things may have been different.

You quote from the Dirty Harry movie conjures up several thoughts. As I have previously mentioned, my all time favorite writer was Graham Greene. Have you read The Power and the Glory and/or Brighton Rock? In the former, the protagonist is a whiskey Mexican priest with a mistress and bastard child. At the end of the novel he becomes a martyr to his faith. Will the just God of Catholicism send him to hell?  In the latter, the "hero" is a stone cold killer. And, again, at the end, we are asked to stand in judgment of him. Greene has sympathy for both. How's this for an example. Ted Bundy. When I am asked if I support capital punishment I answer "No." More often than not Bundy's name comes up. I reply that my opposition to capital punishment has little to do with the fact that some people maybe deserve death but what if the law got the wrong man. Life in prison, to me, would be worse than the chair. And what about Bundy? I read the genre "True Crime." Mark Twain said that in writing fiction you must always be credible. But in non fiction it doesn't matter. I am amazed at the psychos that appear to be normal in every way but for the fact that they get off on killing people. I read an analysis of serial killers and the contention is that they were abused sexually and/or physically as children. And Bundy also suffered from necrophilia. He would kill the lady and for the next two or so weeks---until the boy had too badly decomposed---return to defile her once again; often applying make-up. Sick! Normal? Not at all. Insane?  I would say so. Is he going to go to hell?

So the God that I had been taught who is all knowing, the perfection of love, and understanding and knows my end before my beginning is He going to condemn me to hell's fires because I reject religions? Is He going to condemn me because I wonder as to what this entity is? I don't devote my spare time to prayer but to investigation. Should I be punished for that?  It has nothing to do with "Do you feel lucky, punk?" and everything to do with logic and common sense.

And, again, you equate this "feeling lucky" with my "denying a Supreme Being." Whoa...I never have. That's why I am an agonistic and not an atheist. I don't know if there is or isn't a Supreme Being. I do know that the universe has order and I ask what is responsible for that order. I am not satisfied with relying on simple faith to say it is an omni potent entity. Too easy an answer. Nor does it fit with already known facts. You find the Hubble photographs to be "awesome." Why would an entity with the ability and power to create such a cosmos be so concerned with one man's soul? As I said in my dialogs, "The ant that invades your picnic blanket has more influence on the earth than the earth has on the universe." This is NOT an exaggeration.

Both religion and science propose the same question: Who is God?  God always was and always will be. Ironically, it was this question that was at the start of my life long quest in trying to understand the origins of life and the universe. At the age of ten I would lay awake at night trying to understand how God always was? No parents? Well, of course not, because where would they have come from? As I mentioned before, the Church has no problem with the Big Bang Theory because they insist it was God that lit the fuse. The big question that astrophysicists feel they are about to answer---using CERN---what was the composition of the fire cracker at the point of ignition? I am sure once the question is answered it will lead to further questions.

I know that I will never know. But I keep trying to understand...