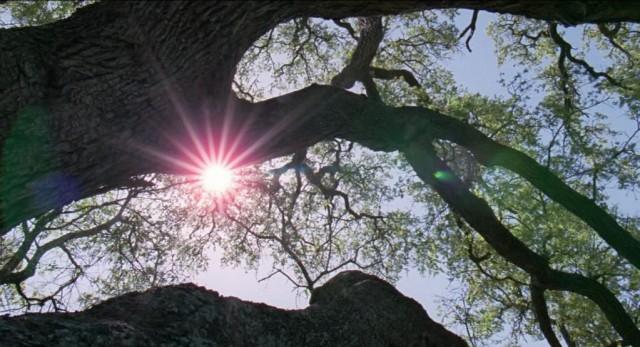 Well, where to begin?

First of all, you abandoned Catholicism before I did. That was back at university. I tell people that I entered a Jesuit university as a true believer and graduated an agnostic...And the Jesuit's seemed satisfied with the fact. That is, they educated me to think logically and philosophically about the question: Is there a God?

Over the years, I have reflected on the question through my reading, investigation and experience. As to the latter, I had an occasion to "die" twice over a four day period. The second time it took over one hour and fifteen minutes to resuscitate me. Three weeks later, I asked the Iranian/Jewish refugee doctor why he went through all the trouble. He replied, "I could see you had a strong and well conditioned body..." he paused, then added, "and something told me to keep at it!" I found that last statement interesting. Interesting because, after the fact, I had no epiphanies though I felt I should expect something like that after such an experience. Especially with the doctor telling me that he had "someone" or something whispering in his ear. Had my life been spared for some higher purpose? Why had the entity, who spared it, not communicated what my new role should be? Maybe, now, He has. Perhaps I am meant to proselytize your message to the world? Now that would be weird.

Weird, because during my two "deaths" I saw no white light at the end of a long tunnel nor any other glimpse into an afterlife. You might answer, "You weren't really dead?" Of course that brings up the question as to what constitutes death? Heart stoppage? The doctor had told me that, from time to time, a member of the seven people in his support team suggested just letting me "rest." They suffixed it by saying "Even if you succeed in reviving him he will probably have brain damage." It didn't happen, fortunately.

But how can I be the one to deliver your message as it is now written? We are in complete agreement is our disdain for religions, but, as to whether there is a God, well, what is your definition? Myself, I am still trying to formulate one.

I mentioned that I was reading "The Atheist Manifesto: The Case Against Christianity, Judaism and Islam" Actually, it is wrongly titled. The author, Michel Onfray (French philosopher), points out the errors and fallacies---not to mention contradictions---of the monotheist religions: Christianity, Judaism and Islamic. He really doesn't get into the question of: Is there a God? It was selected as a "London Times Book of the Year." A cover blurb has this quotation: "A wonderful, invigorating blast of sanity delivered against the fog of high-toned mumbo-jumbo we have to endure everywhere today. A passionate and coolly reasoned advocacy of atheism." William Boyd, London Times Literary Supplement. But, again, he makes no arguments for or against a Godhead. He attacks only the three religions and with their own words.

Several years ago, I read a book titled "Quantum Self: Human Nature & Consciousness Defined by the New Physics," by Zola Danah Zohar (Undergrad: physics and philosophy, MIT; Grad. Harvard, philosophy, religion and psychology). It was a description of quantum mechanics. She applies "language and metaphors' from quantum physics, chaos theory and complexity science and combining them with philosophy, psychology and sociology Zohar sets concepts of spiritual intelligence and spiritual capital." One chapter dealt with the question of life after death. She said that under the concept and structure of QM she did not see immortality as being possible. Because of her description, of QM, I felt there was some possibility. But what came through, even more, was the possibility of some intelligent entity who was "broadcasting" a message through the universe. Should we label the "entity" a God?

Do you know anything about string theory? If you have an understanding of the principals behind ST, as well as QM, then you can begin to comprehend a universe that has a basic structure and plan. In the 80s, the Catholic Church---not wanting to be embarrassed scientifically again---held a congress to discuss the Big Bang Theory. At the conclusion, the Church announced that they could live with it. They said, "After all, it is obvious that someone had had to light the fuse."

Remember, religion was an invention of early man to understand that which he did not understand. The Romans and Greeks had the god of thunder, the god of love, et al. Monotheism said,  all those gods are really one. Today, we understand the science behind such things. And what is the science? Is astrology a science? No, of course not! But wait. Several years ago I read an article about a scientific study done by a Gerontology (the study of ageing) group. They were looking into life expectancy. They wanted a sample group of people, over a couple hundred year period, to study. They went to the records of the US Congress. They listed the birth and death dates of everyone who had served. There was indeed a wave. Someone said it resembled the wave for solar sunspot activity. When they superimposed one wave over the other, it did not fit. Then another scientist said, "Hey, we got their mothers' birthdates as well. Surprise! When they superimposed the two waves they discovered that sunspot activity---or lack of it---had a direct influence on the age their son would live to be (barring accidents).

Let's face it. Astrology shares with Psychology the same methodology: Analyzing how people act and finding a common denominator. Chinese astrology does basically the same, but comes from another direction. So perhaps what looks like an empty universe but is, in reality, one active with infrared, x-ray, micro- and ultra violet waves does affect the fetus at the moment of conception. After all, a pregnant woman cannot be x-rayed because of the negative affect on the fetus. And this brings me back to string theory. Is there are preprogrammed message being sent from some central command center to planet earth?

According to an 18th century philosopher and mathematician, Jean Le Rond d'Alembert, "The universe would only be one fact and one great truth for whoever knew how to embrace it from a single point of view."  This brings me to your assertion: "He [God] is perfectly willing to communicate directly without intermediaries." And you say, "God is not only real...[He] is trying to communicate with us...We don't listen or don't want to listen..." My problem with this is that I have trouble comprehending that the Godhead would be so concerned with any one individual. But, perhaps, the message can be singled out by one or more individuals. This is of course the reason d'etre of the prophet though, in their hubris, they insist that they have been singled out. But you also say, "Open yourself to receive and  to understand the messages he [sic] is even now sending us..." My problem with that is that in my quest to understand the metaphysics of life I have been unable to find the frequency "God" is transmitting on.

This brings me to how you are attempting to communicate the "messsage": "...I believe God has persuaded me..." is the wrong approach. Wrong, because you have not defined what is "a God." My advise is to not even try. Always use the term "God" in the generally sense of a unknown factor in the creation and evolution of the universe.

That is there a God with a message? Or that spaceship earth is headed for disaster? If the former, you are on shaky ground (see above) and have not provided any logical premises for your contention. If the latter, well you are just jumping on the bandwagon of a multitude of enlightened protestors (scientist, politicians, philosophers, and several NGOs) trying to do something about it. And that's okay. But in the three points of your "message" there are NO new revelations.

"Organized religion will condemn this message..." You then go on to reflect on the thinking of "God" "...don't let other people tell you what God wants..." Why do you make an exception for yourself? Which is in a sense a contradiction to your original premise.

In your last paragraph you finally get to the heart of the matter: "The convergence of technologies..." which, indeed, is where Singular University (SU) enters the picture; and at the same time, these new technologies advances the human race to finally cast aside the shackles of restraint to independent thought and self discovery that has been condemned and often brutally suppressed by organized religions---and their sects---through the centuries. You elegantly sum this up by saying that the time has come to "break free from the herd-like suspicion, enmity and superstition that have held us back far too long." This I can support. Forget the "God" factor.

You conclude with "I will try to figure out how to append the summation of my message." Good! Keep your mind open to that and consider my contentions. Also, the two books, I have mentioned, are well worth your time to read.

Finally: I attended a lecture on the topic of Singularity. If anything, your contentions are juxtaposed to the concepts behind the SU. To wit: They are attempting to prepare and guide man into a Brave New World of not only Artificial Intelligence but also Artificial Life. I thing that the "Delivery Status Notification" of failure to deliver, to SU, was fortuitist.  Your assertions to a "God," I think, would certainly put them off any serious consideration. As I said, in my immediate e-mail reply, I would suggested you take one of their workshops or the ten week graduate course---you have both the time and intellectual capacity; someone at the lecture, who had done it, said, "It has changed my thinking and life!") . Then, you would be in a position to offer your services as a lecturer in their program. With your credentials, they would more than likely be interested. This would be an entrance, via the back door, allowing you the possibility of getting a foot into the front door, if you follow my logic. Your course description would be: To investigate the phenomena of a Godhead as it relates to Einstein's unification theory and its impact, philosophically and religiously, on a future dominated by artificial intelligence.

Of course, you can avoid all this and take your message to the masses; and that's what the Internet is all about. You could set up a website to explain your position and enlist members. As to attracting attention, well, that's easy. "Key words" which, when Googled, would lead interested and sympathetic people to your site. The more key words the better. "God" would be the first. I would be willing to help, but only after you have developed your concept more fully if not rationally.

...Oh, yeah. If God is talking to you, please send me an ounce of the grass your smoking. Sounds like a good shit.

P.S. Check out the film review for: "The Tree of Life," directed by Terrence Malick.""Visionary tale of the rhythms of life, and the patterns of generations," by A. O. Scott, (www.iht.com, 27th May).