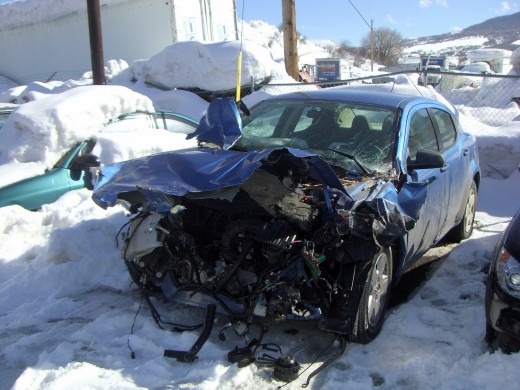 Your prodigious output on this topic is is daunting and humbling. Please do not expect
me to even attempt to match it.

It never occurred to me that I had to define God. As the saying goes: He simply is.
He first spoke to me (I believe, but cannot prove) when I was a preteen. I was in a car and
had just experienced another of the miraculous escapes from what appeared to be certain
death that have punctuated my life from my early years to present days. A mistaken application
of the wrong medication to mend the actually trivial damage my body sustained caused intense
and excruciating pain that prompted me think I would have been better to have not been saved
was answered immediately by an authoritative voice that declared "no, I have plans for you."

A quick poll of the others in the car established that only I had heard this statement. Soliciting
advice from friends yielded a uniform message: better not to speak until you hear more.
The miraculous escapes continued for decades, but no further messages were received.
Finally, in a moment that does not reflect well on me and that your old acquaintance, Gail
Sheehy, would call a mid-life crisis, I demanded of God to know just what his plans were
and what I was supposed to do. This resulted in the most memorable experience of my life.

God actually physically manifested Himself to me. Can I prove this? Were there witnesses?
No and no. Neither was there a specific action plan laid out. The ambiguous event was
misinterpreted by me for more than a decade, but it ultimately became clear to me.
God sends messages, but we have an obligation to pay attention, to interpret. and  to act
on them ourselves. No more moving fingers writing in stone. Use the munificent gifts he has
given us to figure it out for ourselves and, more importantly, act on them.

So what definition can I give of God? Nothing to do with quantum mechanics or string theory.
He simply is the agent of my many miraculous escapes and the entity that spoke to me in
my youth and appeared to me in middle age. No sweeping philosophical arguments. No parsing
previous revelations. No grand rational pronouncements. Just like the old political riposte "I know
God. God is my friend, and I know what he stands for."

I realize this is not much to offer and probably disappointing, but it is all I have to offer.
Sorry.