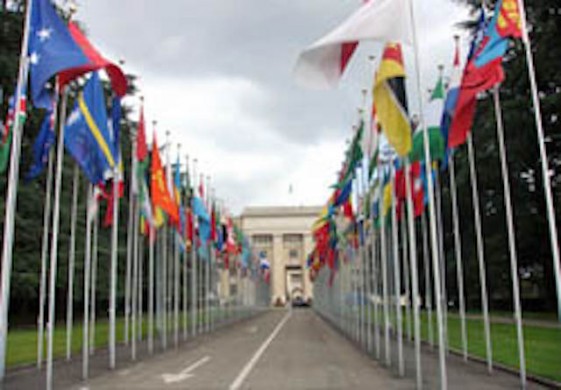 No sooner did the International Criminal Court (ICC) prosecutor, Fatou Bensouda, announce her intent to investigate the United States’ involvement with alleged war crimes in Afghanistan, than the US Secretary of State, Mike Pompeo, struck back, announcing restrictions on visas to ICC staffers investigating US personnel and accusing the ICC of attacking American rule of law. Security Adviser, John Bolton, warned that sanctions would be imposed on the Court if it pursued probes into US activities in Afghanistan.

Human rights groups condemned the decision, but Fatou Bensouda’s visa was revoked, and because the US has a Bilateral Security Agreement with Afghanistan, investigators there have no incentive to cooperate with the ICC.

Known as the “court of last resort,” the ICC became operational on July 1, 2002, advancing the provisions of the Rome Statute, convened in 1998 for the purpose of establishing investigation and prosecution of crimes against humanity, including war crimes, crimes of aggression, and genocide. Despite United Nations members who voted against the Rome Statute—China, Libya, Qatar, Yemen, Iraq, Israel, and the U.S.—123 nation states are members of the Court and parties to the Rome treaty. Afghanistan ratified the Rome Statute in 2003.

The Court has been able to sentence and convict rebel leaders in the Democratic Republic of the Congo, such as Germain Katanga and Thomas Lubanga, and Islamic militant, Ahmad al-Faqi al-Mahdi  (destruction of religious and historic monuments in Timbuktu, Mali).

But other accused aggressors, such as Congolese Vice President Jean Pierre Bemba and Ivory Coast President Laurent Gbagbo, have had charges overturned by the appeals court or have been acquitted. One of the most egregious warlords, President Oman al-Bashir of Sudan, though issued an arrest warrant by the Court, found defenders who cited legal flaws and kept him out of detention. Noteworthy, too, was Philippine President Rodrigo Duterte’s withdrawal from the ICC in March 2018 after the ICC began an inquiry into Duterte’s methods of dealing with drug offenders. Other candidates accused of war crimes are still undergoing trial.

Any contention about the effectiveness of the International Criminal Court must recognize that it can only prosecute cases where national authorities cannot or will not. This is due to what is understood as the principle of “complementarity,” which means that under international law primary accountability for atrocious crimes rests with national authorities. This often can result in the ICC prosecutor’s jurisdiction getting blocked by national influence, leading to inadequate or feckless remedies.

The ICC is an outgrowth from the nation states’ realization that sanguine agreements to uphold peaceful co-existence could quickly founder from sudden eruptions among or within states and break that co-existence.

The League of Nations, precursor to the United Nations, had proved impotent to prevent WWII—its deterrents were disarmament, collective security, and negotiation, not armed forces acting as preventatives. Clearly a foundational contradiction existed between disarmament and necessary military force.

When Article X of the Versailles Treaty stated that members are committed to protecting the territorial integrity and independence of all countries, the US Foreign Relations Committee assumed that it would fall to the US to provide aid to any nation confronting aggression or invasion. This assumption prevented America from joining the League. Most Americans chose to remain isolationist in order to avoid ongoing conflicts in Europe.

Britain and France, too, though members of the League, did nothing to prevent Germany from invading the Rhineland, the Sudetenland, Austria, and Poland. And they remained feckless when Mussolini’s troops bombarded Corfu and invaded Ethiopia and continued to shy away from engagement in 1923 when French and Belgian troops invaded Germany’s main industrial site, the Ruhr.

As a result, after WWII, it was glaringly certain that nation states needed to organize stronger measures to prevent hegemonic nationalism from devastating the world. The presumed corrective was the Atlantic Charter of 1941, signed into the United Nations by 51 members in 1945.

The keystone of the International Criminal Court, the Rome Statute of 1998, authorized and established the ICC by 2002 for the sake of investigating and prosecuting persons accused of serious crimes against the international community.

Yet the US has not joined the ICC. While supporting the ICC’s intervention in Darfur in 2005 with sanctions on Sudan’s oil industry, voting for referral of the Libyan crisis to the Court in 2011, and voluntarily transferring Congolese suspects to the ICC in 2012 and 2015, it has refused to become party to the Court.

When the US threatened to use its Security Council veto to block renewal of several peacekeeping mandates unless US nationals were exempted from the ICC’s jurisdiction, the UN secretary-general at the time, Kofi Annan, said that proposal “flies in the face of treaty law.”

Regardless, America insisted on special rights and obtained through the UN Security Council Resolution 1847, known as the American Service-Members’ Protection Act. This resolution was endorsed in 2003, but in 2004, after documents surfaced of U.S. troops torturing and abusing Iraq prisoners in Abu Ghraib, the Security Council justifiably denied the exemption. It had become obvious that the U.S.  Protection Act had breached its right to immunity for its service personnel.

What the U.S. did after WWII with the European Recovery Program, known as the Marshall Plan, was restorative and smart—financing a program to reconstruct and unify countries devastated by the war. That was redemptive, not vengeful as the Versailles Treaty had been.

But promoting itself as the proprietor of an exceptional status vis-à-vis the international community undermines whatever effectiveness the ICC can muster.

The formula for exempting not only ASPA members but all US nationals, and the pressure on countries to sign Bilateral Immunity Agreements to prevent the ICC from extraditing US citizens from any country they were either visiting or in which they were stationed,

clearly crippled the ICC from proceeding with investigations or prosecutions of war crimes. The result is that violations of human rights have pretty anemic remedies.

A happier development was that by 2009 the US did not renew the Bilateral Immunity Agreement that previously had cut off economic support to nations that refused to sign it. But with the current State Department censorship under the triumvirate of Messrs. Pompeo, Bolton, and Trump, that thaw has frozen again, and America’s self-appointed exceptionalism in the world community again rears its head.

Think to Know by Mara Lemaris