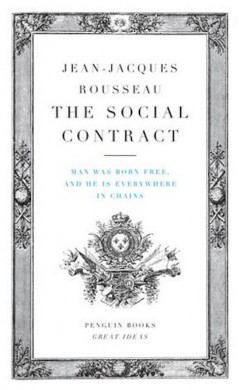 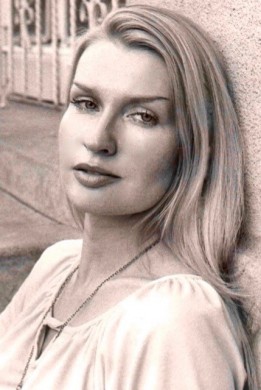 “When people have tried everything and have discovered that nothing works, they will tend to revert to what they know best—which will often be the tribe, the totem, or the taboo.”

Having done work with the Great Plains Indians of South Dakota, I glimpsed a social contract different from the one that has become a major impasse across the globe. As a movement populism seeks to bulwark political cohesion based on a common cultural history and national identity. To the extent that it aspires to homogeneity of attitude, sentiment, and sense of purpose it also looks to secure itself against ethnic diversity as well as local elites.

In concerted opposition to a heterogeneous polity, populism claims prime legitimacy among its supporters and treats the opposition as illegitimate.

Its most trenchant form is evidenced in Poland, where the Law and Justice party (PiS) holds power, and Hungary, where Fidesz, the right-wing political party, proclaims “nationalism based on soil, blood, culture.” Hallmarks of democracy, such as a free press or media, and an independent judiciary, have been disabled or derailed.

Often the word “tribal” is used as a blanket description of an inflexible political stance based on the belief that it is genetically inherited. Harvard psychologist Steven Pinker ascribed the populist condition to the outcome of  “our impulses of authoritarianism and tribalism.”

Countering this facile rhetoric of dependence on a metaphor that covers supremely nationalistic ambitions are the actual behaviors of tribes as researched and compiled by anthropologists.

Their studies show that the history of multiple, actual tribes does not conform to any concept about the deep-seated, organic nature of human society. Their analyses indicate nothing about a genetic cellular attribute, nor some instinctual inheritance that can never be modified or denied.

Unlike religious constructs or undifferentiated populist movements, the sense of identity among aboriginal cultures is much more fluid.

While nationalism is protectionist and anti-immigrant, tribal life has been disposed toward reciprocity both within and across different communities. Cultures such as the Native American tribes, the Berbers of North Africa, the Lozi of Central Africa, and the Mae Enja of Papua, New Guinea seek out enemy groups to advise them on selecting leaders and settling disputes.

The common feature among these modalities is the desire to prevent internal division since societies that cultivate inequality eventually destabilize and spur internal violence.

It has become common that the divisions among technological societies between working people and elites have been flouted as tribal allegiances and tribal enmity. Over the last generation this division has increasingly sharpened against immigrants, especially Muslims, and the political establishments that buttress them.

The glaring example of this has been in Hungary, where the prime minister’s popularity rose when he implemented a policy to keep out refugees. Other nations—Poland, Bulgaria, the Czech Republic, Slovakia—have followed suit.

A strong, underlying fear across Europe is that populations who consider themselves to be the ethnic natives and carriers of a legacy intrinsic to the cultural pride and legacy of their country are no longer dominant, are fast disappearing. Undeniably the undertow of economic downturns has led to stagnation in many European nations and caused the departure of their youth.

Sweden and Denmark believe their welfare systems are under threat from an influx of refugees. “Stop immigration and stop Islamization” has become an unabashed slogan making a blatant appeal.

Unlike the practice among aboriginal tribes in America and in numerous other regions of the world where cutting across cultures led to greater inclusion, the U.S., Britain, and Europe have been agitating for greater exclusion.

By advocating greater, not lesser participation in their governing councils the identity and sense of purpose for the Iroquois Confederacy in the U.S., as well as the Pashtuns in Pakistan and Afghanistan have been strengthened. By honoring opposing views and attitudes from disparate groups they have been able to arrive at consensus, thus increasing their self-determination.

Can there be any other paradigm for the world’s nations to build a stronger base within their borders?

How willing are they to expel those immigrants now residing within their borders or repel the ones without? Would they be willing to corral the growing populace of displaced migrants and herd them into a ghetto or conduct them to some desolate island while defraying the cost of their sustenance?

Finally what can be the meaning of a social contract that withdraws from its original principles and goals to shrink toward a narrow welfare, a hardened core solely protecting self-proclaimed nativists?

Then what sort of humanity does a social contract espouse?

These are questions that might be posed to all of us in all the nations of our world.