Home » Article » Where difference become commonplaces, the Europe of culture is renewed and a political Europe is invented 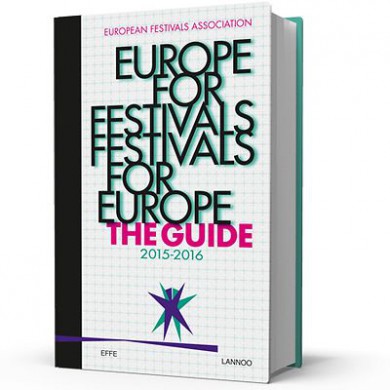 In the aftermath of the devastation of World War II, Europe became a byword for hope, and thereafter came to represent the effort to remake the continent as a land of peaceful coexistence among countries with long and often antagonistic histories. And like the festivals of Cannes, Avignon and Edinburgh, from the moment the war ended, festivals expressed the urgent necessity of reconstructing a common shared history, beyond the horrors and wounds of the war. It is also significant that the Prague Quadrennial was founded in 1967, a few months before the Prague Spring. The festival concept has been a precursor to the very idea of Europe.

Since the end of the war 70 years ago, the European economy and the common market are active, functioning realities- problematic as they may be. But how far along is the political venture of he European Union, together with one of its outward and expressions, culture? Current events in Europe and around the world remind us that the question is as important as ever and merits our close attention. The internal management of Europe as well as its outward stances, its positions, and its responsibility in world economic, ecological and political issues continually demonstrate the need to advance this project. But the Europe that invented democracy as well as tragedy, perspective and encyclopaedia, and which has been formed around the concepts of critical thinking and reflection, has a multifaceted, ever-evolving identity. This Europe exist by virtue of its diversity, and indeed may have no form other than criss-crossing differences, themselves merged into one spirit of mind that combines intellectual rigour and openness tot he unknown. This tension between critical thinking and openness is both a vulnerability and a strength, and calls for perpetual re-engagement, to re-examination and reformulation of the very concept of Europe. There is perhaps no better definition of the European spirit.

As microcosms of Europa representing a point in space and time, festivals are the expression of a Europe of culture on the move. And because festivals serve as forums for encounters, dialogues, exchanges and sharing, the demonstrate that the Europe of culture is a step ahead of political Europe, while at the same first time constituting its first crystallization.

abstract of the article in Europe for Festival; Festivals for Europe. The Guide 2015-2016  http://www.efa-aef.eu/en/initiatives/publications/