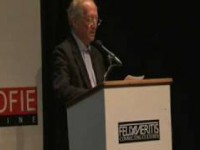 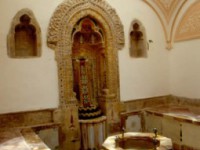 Home » Topic » After the Arab Spring - Europe and the World

"These may be difficult times for artists across the Arab world, but these are also times of change and hope", says Manuel Martin, coordinator of FestArab, an ambitious new festival network inspired by EFA. FestArab is a platform rallying festivals, cultural actors and institutions from around the Arab World, and fostering collaboration with European actors. The first event was held in 2011 in Granada (Spain), a three-day workshop about arts festivals and cultural heritage, called "Festivals, a new cultural landscape".

"Reconciliation" was the theme of the Month of Philosophy and the Night of Philosophyin 2009 in Felix Meritis. Writers, philosophers, scientists, journalists and many others talked and debated a range of issues as the unforgivable evil, dealing with the colonial past, the ingredients for a successful "post-marriage life" and reconciliation with illness and mortality.

The Beiteddine Festival is an annual summer festival that takes place in the large and beautiful Beiteddine Palace in the Chouf mountains in Lebanon. It was launched amidst war and destruction in the middle of the 80’s. It came as an act of faith in Lebenon’s cultural specificity and its power of creativity and artistic freedom. It was a call for normality in the middle of the chaos and madness of the civil war. It was established in 1985 with local artistic performances and it gradually started having regional and international performances. Over the years it has included concerts or performances related to classical music, dance, theatre, opera, jazz and modern world music. In 1987 Nora Joumblatt took over the festival.