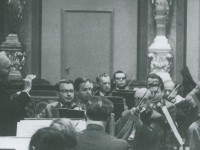 The power of music Rebuilding a wartorn continent 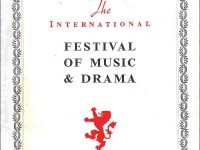 Edinburgh International Festival The flowering of the human spirit 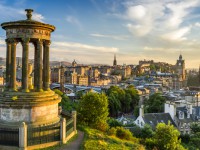 The power of music

The Edingburgh International Festival was launched just after the Second World War. It didn’t seem to matter that the city had no hotels and that food and petrol were rationed. There was an extraordinary flourishing of artists and audiences. The Edingburgh International Festival could not put on anywhere else in the UK. Certainly not in London and Glasgow because the cities were to much ruined. In the spirit of rebuilding Europe, the European Festival Association (EFA) was founded in 1952 and Edingburgh International Festival was one of the first members. EFA has 15 established European festivals members in 1952 and 100 European and non-European festivals in 2015. Those who started European political integration and those who were staging festivals in the 1950s all shared the same belief – that the only way to avoid a recurrence of war and heal it scars was to work together. Culture as the great unifier of Europe.

The Edingburgh International Festival was founded in 1947 with the aim of providing ‘a platform for the flowering of the human spirit’  by inviting the world’s best artists and companies to perform, whatever their nationality. The first Edingburgh International Festival - the director Sir Rudolf Bing - invited the Vienna Philharmonic Orchestra. Every single member of the orchestra has been an enemy of the UK. By bringing that orchestra, under Bruno Walter, who had left his homecountry to escape from the nazis, and with Kathleen Ferrier, collaborations happened. It was a politically significant event.

Edingburgh is the undisputed world leader as a festival city. During the festivals the city is the domain of the artists and visitors from all over the world. 12 major festivals constitute Festivals Edingburgh. 3000 events, 2500 performers, 4.2 million attendances form 70 countries worldwide.
Circa:
Nee