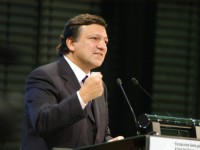 Cultural values above economic A Soul for Europe 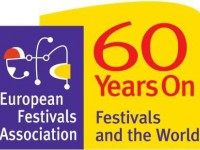 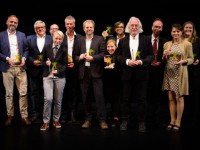 “The EU has reached a stage of its history where its cultural dimension can no longer be ignored." With this widely quoted statement, José Manual Barroso opened the first Berlin Conference A Soul for Europe in 2004 at the Dresdner Bank next to the Brandenburger Gate in Berlin. Now, more then ten years later, his assertion did not loose a tithe of its relevance. On the contrary, it became the programmatic basis for the initiative’s work.

The fact that festivals are organic meeting places of interested and motivated citizen’s offers great opportunities for a more intensive interaction between them as consumers of art and culture and as voters, citizens and taxpayers. If festival managers are tuned in to, and therefore, derive some of their artistic focus and direction from, these changes in the global, political context then they can contribute to citizens achieving a deeper understanding of the principles of the ‘value community’ that now form the foundation of a democratic Europe. But achieving this is not a function of festivals alone but will require new alliances and instruments if we are to exploit this potential to the full.

“Festivals have been working across borders and cultures since the dawn of festivals, before Europe was a project of unity, before Europe was a space that aimed to facilitatecross-border exchanges. In particular in these times of global challenges and changes, EFA can offer a community of friendship, trust, solidarity and learning through its ever expending network of established and emerging festivals as well as cultural organizations collaborates across borders and arts disciplines,” says Darko Briek, President EFA, at the General Assembly of the European Festival Association (EFA) took place in Ostrava, Czech Republic, June 2015.