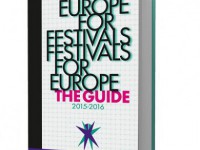 Theatrical fruits of freedom after the political transformation 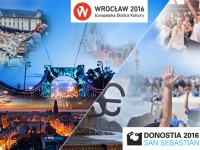 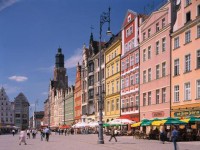 All of the key national and international theatre festivals in Poland were created and developed as a result of Solidarity’s victory in 1989 and the political transformation thereafter. Today, these events provide Polish theatre with a dynamic exchange of plays across Europe. After decades of cooperation, the countries of Eastern Europe have lost contact with each other by shifting their attention to the West from which they had been excluded during the Soviet era. In 1991 the KONTAKT International Theatre Festival was launched by Krysryna Meissner, the director of the Wilam Horzyca Theatre in Torun. The idea behind KONTAKT was to connect the East with the West: to prevent Poland from losing its chance to see what is most valuable in the theatre of the former Eastern Bloc and to give the Polish audience in Torun a better opportunity to explore the theatre of the former Baltic Soviet republics.

In 2016 Wroclaw is one of Europe’s cultural centres till the end of the year. A great number of festivals, concerts, conferences and other art and cultural happenings will be held in Wroclaw. Wroclaw was once described as “the holy blossom of Europe, a beautiful gem among cities”. In the past, Wroclaw has belonged to Poles, Czechs, and Germans. Settlers here have included Walloons, Jews, Italians and Rutherians. The mixture of many different religions and cultures, while troublesome at times, has also contributed a lot to the city. Wroclaw lies in the middle of the Silesian Lowland, where the Oder River branches out to form 12 island. The city is spanned by more than 100 bridges.

Wratislavia Cantans is held every summer in Wroclaw (first weeks of September). The first festival was organised in 1966 by the composer and conductor Andrzej Markowski, who took the post of director of the Wroclaw Philharmic in 1965. Until 1976 Markowski was the artistic director of the festival. Since its beginning the festival hosted foreign artists, but in 1978 Wratislavia Cantans was put on the list by the European Association of Music Festivals in Geneva and officially earned the status of an international festival. Wratislavia Cantans is a member of European Festivals Association.