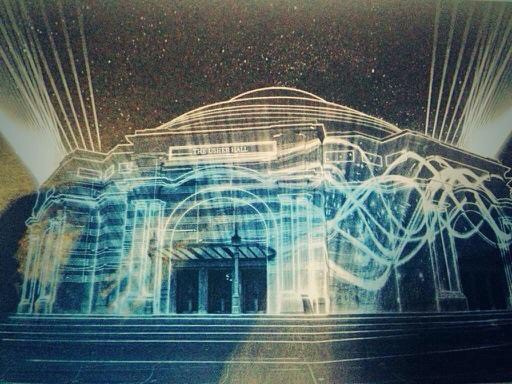 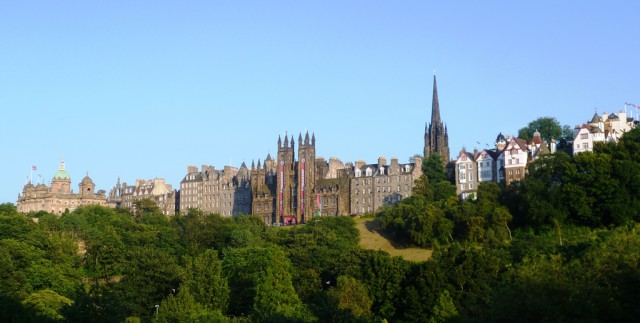 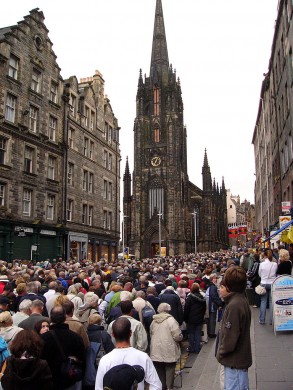 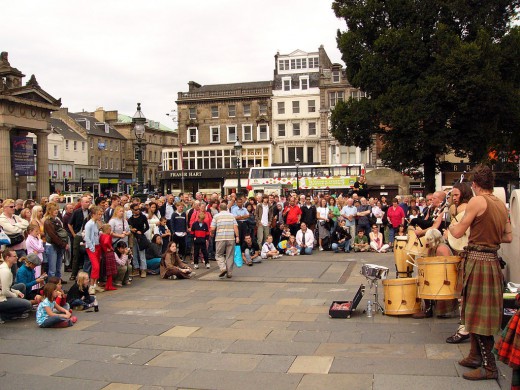 The Edinburgh International Festival was launched just after the Second World War. It didn’t seem to matter that the city had no hotels and that food and petrol were rationed. There was an extraordinary flourishing of artists and audiences. The Edinburgh International Festival could not put on anywhere else in the UK. Certainly not in London and Glasgow because the cities were to much ruined.

The Edinburgh International Festival was founded in 1947 with the aim of providing ‘a platform for the flowering of the human spirit’  by inviting the world’s best artists and companies to perform, whatever their nationality. The first Edinburgh International Festival - the director Sir Rudolf Bing - invited the Vienna Philharmonic Orchestra. Every single member of the orchestra has been an enemy of the UK. By bringing that orchestra, under Bruno Walter, who had left his homecountry to escape from the nazis, and with Kathleen Ferrier, collaborations happened. It was a politically significant event.A few years later (1950) the Schuman plan was launched, the first steps towards the EU. That other remarkable act of reconcellation between the former enemies: France and Germany.

Culture as the great unifier of Europe

In this spirit of rebuilding Europe, the European Festival Association (EFA)  (http://www.efa-aef.eu/en/festivals/) was founded in 1952 and Edinburgh International Festival was one of the first members. EFA has 15 established European festivals members in 1952 and 100 European and non-European festivals in 2015. Those who started European political integration and those who were staging festivals in the 1950s all shared the same belief – that the only way to avoid a recurrence of war and heal it scars was to work together. Culture as the great unifier of Europe (http://www.asoulforeurope.eu).

The Edinburgh International Festival shares the same values as the Olympic Games, a recent renovation of the old Greek style of festival. Baron Pierre de Coubertin, a French sport fanatic from the late 19th century, was very clear about the Olympic Games that they should not be the property of one country, one nation, one power structure, one race, but available to all humanity.

One festival in 1947 has flourished into six independent festivals every August. These festivals welcomed into a city of 450.000 people around 950.000 visitors. Edinburgh is a tranquil, sedate city for around 48 weeks of the year, but during the festival the city is  the domain of the artists and visitors from all over the world.

Every August, the Edinburgh International Festival ( http://www.eif.co.uk) transforms Edinburgh, presenting 3 weeks of the finest creators and peformers from the world of Arts. Edinburgh’s six major theatres and concert halls, a few smaller venues and often unconventional ones too, come alive with the best music, theatre, opera and dance from around the globe. One of the highlights: Juliette Binoche, plays ‘Antigone’  in Anne Carson’s striking new translation of Sophocles’s great tragedy. Ivo van Hove is the director. King’s Theatre 8-22 august 2015.

Edinburgh is the undisputed world leader as a festival city (http://www.edinburghfestivalcity.com). 12 major festivals constitute Festivals Edinburgh.  3000 events, 2500 performers, 4.2 million attendances form 70 countries worldwide. The challenge now is how this momentum can be sustained and strengthened over the next decade.

The future of Festivals

An important question is how new technologies must be ambraced to connect across time and space in order to offer new ways to experience the festivals as well as a new means of creation and international brand building. A significant changes is in the way people will access culture and entertainment in future, encourages the festivals to consider the balance between the live and digital experience, and supports the strategy for Digitising the Festival City through a range of participants across the public and the private sector.

But the fact that festivals are organic meeting places of interested and motivated citizens offer great oppurtinities for a more intensive interaction between them as consumers of art and culture and as voters, citizens and taxpayers.