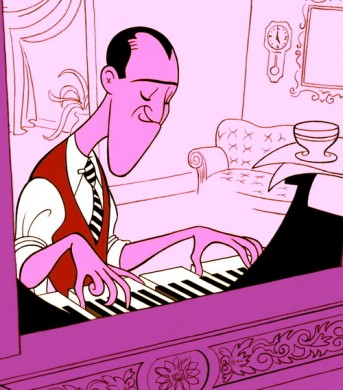 It is the middle of December. The days grow shorter and in about two weeks we will experience the shortest one of the sun shine ... if there is no cloud cover. After that, they will grow longer. The promise of spring. So this might be a good time to relate to a few past experiences to encourage you to see the positive side to the dreariness of the season.

One of the first questions I am asked --- when meeting a Dutch person for the first time --- is: What do you like so much about Holland?

I wish I could put into words the different facial expressions that form on their face and brow when they hear THAT. "He 's must be crazy!" is one of them; "I'm talking to a stupid person!" is another.

It's true, too! No, not that I'm crazy --- well, maybe a little bit. It is true that I DO like the weather and I do KNOW what I am talking about.

The country has four seasons a year; and generally there are no extremes. I lived in Chicago for six years. I love Chicago! There are only four things I hate about it: January, February, July and August. Too damn cold or too damn hot.  Minus 35 degrees Celsius in the winter to plus 35 degrees during the summer.

And I have stories to tell about Chicago winters. During January 1967 there was 75 centimetres of snow dumped on the city in one 24 hour period. I was married at the time, and my wife was expecting a baby any day. The daughter was born about ten days after the frozen crystal deluge. The doctor was still coming to Evanston Hospital on skies. But, for the first week, after the blizzard, the city was beautiful, idyllic; all its ugliness was covered with a blanket of brilliant white powder.

A few years later, as a recently divorced man, touring the dating bars, I met a woman at one and invited her to come with me to view an incredibly beautiful sight I had discovered a few days previously. I took her to Chicago's North Avenue Beach which is made of concrete. The constant and relentless waves of water from the mighty Lake Michigan pounded against the abutment and cascaded the water high into the frigid air. Ever so slowly a huge and several meter high ice sculpture had formed. It was constantly being reshaped.

Then I took the lady back to my apartment where I had a working fireplace. It was the beginning of a short but pleasant relationship. I still remember her name.

A winter day in Chicago could have its positive side, but you had to make the effort to discover it. Same is true of Amsterdam.

"But it rains ALL the time!"

Hey, it helps my hair grow! I kid you not. The sides of my head are okay, as far as hair goes, but there is not much left on the top and it has been about the same for the last 15 or more years. Something has slowed the inevitable. Must be the constant precipitation. And one of those sublime moments of happiness occurred on a warm, wet and misty June evening several years ago.

The mist came from a relentless drizzle of rain. I probably would have avoided going outside altogether if it had not been for the fact that there was an opening at the Stedelijk Museum.

At the time, I was living less than a five minute walk from Vondel Park and had to cross it to reach my destination ...

As I entered the park, I was greeted with a cacophony of sounds emitting from the billions of tiny rain drops ending their heavenly fall and being amplified by the leaves of hundreds of varieties of trees, bushes and flower petals not to mention the resonance coming from the ponds and pathways.

I turned left and within a hundred meters I heard a piano cord and then another and knew immediately it was George Gershwin's "Summertime". As I drew closer, I heard the warbling of a soprano's interpretation of my favourite song. It must be my favourite song since it is the only one for which I know all the words.

She was singing from the protected covering of the 19th century gazebo that is surrounded by a moat. Her fine Cinderella like dress shown under the spotlights as if it was a precious jewel. There was a good crowd, all the seats had been taken, people standing and unmbrellas sprouted like a patch of mushrooms.

Funny, I can't remember anything about the exhibition at the Stedelijk Museum, but I still remember those precious moments of exhilaration, the feeling of pure pleasure and the tingling sense of happiness that I had experienced while standing in the rain.

Yeah, I like the weather in Holland ... and walking in the rain ... and it helps my hair grow.

The lesson? Simple: Open yourself to the beauty, the feel of joy and hear the rhythms of nature's ambiance in all its manifestations ... "and the livin' is easy!"