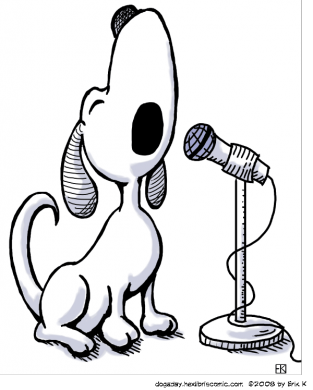 There is good news and bad news regarding the Christmas holiday season.

The bad news is that Christmas Day --- that magical twenty four hour period for children and many adults --- has one of the highest suicide rates of any other day of the year!

The good news is that the 26th and a few days following have usually high mortality rates from natural causes. That's good news? Is there a connection?

To those who find themselves alone on that day --- and with no one to telephone; no gifts under a tree that they didn't buy; no plum puddings; no stockings hung und none of the other trappings of the traditional celebration --- it is a 24 hour period of regret. If the person is, by nature, suicide prone and/or depressive it is an invitational day to take the big plunge and end it all.

They may think of Christmas' past like when they were children and when there was the warmth of love; or it may be that they remember the sadness of those Christmasses that didn't reflect the idyllic Hollywood film versions.

The high rate of deaths by natural causes, on the days following the holiday, is easily explainable as well. Old people and those who are terminally ill cling to life so as to once again feel the joy of a holiday that is signified in its perfect manifestation as one of love and peace. They want to experience the memories that are triggered because of the light of happiness that they see in their children, grandchildren and the other loved one's eyes.

Is there any one special Christmas that you remember?

Was it one in which you were given a special toy? Or was it one when you gave someone you loved something that came from the heart? I recall when I was fourteen years old, that I had saved my money to buy my father a 64 note harmonica. He loved music and would play a cheap mouthorgan, from time to time, for hours on end. Considering that my part time job paid me about three or four dollars total per week, the $20 musical instrument was an extravagance. In some ways, I later regretted it. On Saturday nights my father would go to the basement, of the house, with our dog Snuffy, and play it for hours; and the dog "sang" along. It drove my mother and me crazy --- he really wasn't very good and the dog worse -- and we couldn't hear the television. But he did love to play that harmonica.

Giving is the key to Christmas. But what is the significance of the gift? What is it that makes it special and/or unique?

I remember an O Henry short story titled "The Gift of the Magi".  A very pretty lady whose "...beautiful hair fell about her rippling and shining like a cascade of brown water ... (to)  below her knee ..." wants to give to her beloved husband, Jim, something that says "I love you" more than "I can say".  She has saved $1.87 for the gift (the story was written c 1900).  They have between them only two "possessions" of value. Her hair and his gold watch that had belonged to his father and his father's father. She sells her hair for $20 and buys "a platinum fob chain ... properly proclaiming its value by substance alone ..." for his watch.

His gift to her,  "The combs  --- the set of combs ... that Della had worshipped in a Broadway (shop) window. Beautiful combs, pure tortoise shell, with jewelled rims ..." for her hair. To afford this purchase, he sells his family heirloom.

A sad Christmas Day? Don't you believe it!

They each gave from their heart. Who can ask anything more from another person?

Unfortunately, there is no Santa Claus, but the concept does live. Santa, who is related to no one, but to us all, is the epitome of unselfish giving. Santa neither expects nor asks for anything in return. And Santa is within us. But we NEED someone else to play Santa to. Rich people hand out toys and fatted goose to the less fortunate to compensate for maybe the lack of a special someone in their life. Those of more meager means may donate their time at a homeless peoples' soup kitchen on the magic Day.

When there is no one to love there can't be any true sense of giving. And while the lack of a partner may sadden us the other 364 days of the year, it hurts the most on the 25th of December. The depressive individual gives up any hope and takes the big adios from their misery. Those infirmed --- that have known the joy of giving of their love --- cling to one more Christmas Day and the warmth of its promises of happiness and joy.

For those of you who are not looking forward to the Big Day, because there is the lack of that "someone" in your life, look at it in a positive way: you will have 364 following days to look for that special person. And what should now be in your heart is the HOPE that next year's Yuletide celebration will be a time of HAPPINESS because of it. And "hope" is a unique gift we can give to ourselves because it comes from deep inside of us.

Bur remember, the lesson is: Happiness is not perfect until it is shared!